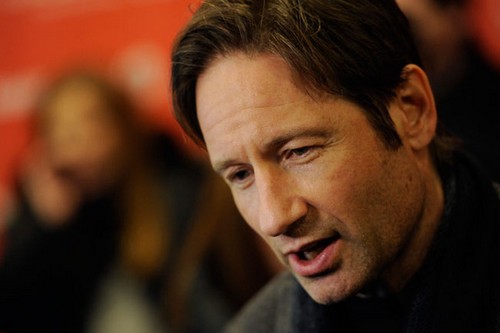 Hollywood couples are constantly breaking up and going their separate ways when one’s success becomes greater than the others, and it looks like Gillian Anderson and David Duchovny will be falling victim to the age old jealousy curse next.

Rumors have been circulating the internet for weeks now that David and Gillian have come to a crossroads in their relationship, due to David’s skyrocketing career and Gillian’s struggling career. Although they recently began openly flirting on Twitter and working their fans into a frenzy, the recent cancellation of Gillian’s NBC series Crisis has dealt a huge blow to their relationship.

It’s hard for any frontrunner of a series to watch their show bring in pitiful ratings. When NBC pulled Crisis from their schedule and announced its cancellation, Anderson was devastated. To add insult to injury, NBC picked up a new series to replace Crisis, starring David Duchovny. NBC might as well have said, “Sorry Gillian you’re fired, we’d rather have your boyfriend David.”

After a successful seven year run on Californication, David signed on to a new series called Aquarias. Duchovny will appear as a police detective that is hunting down Charles Manson, and NBC has already ordered 13 episodes of the drama.

It’s safe to say that Duchovny’s career is currently flourishing, and Gillian’s career is simultaneously drowning. Which we all know is a recipe for disaster for Hollywood couples, and rumor has it the famed duo is already suffering from it.

Do you think that Gillian is being unfair by holding David’s success against him? Shouldn’t she just be happy for him? Or do you think the rumors are just that, rumors, and the couple could care less whether one is more successful than the other? Let us know what you think in the comments below!