BY Sean O'Brien on May 5, 2014 | Comments: one comment
Related : Celebrity Breakup, David Letterman 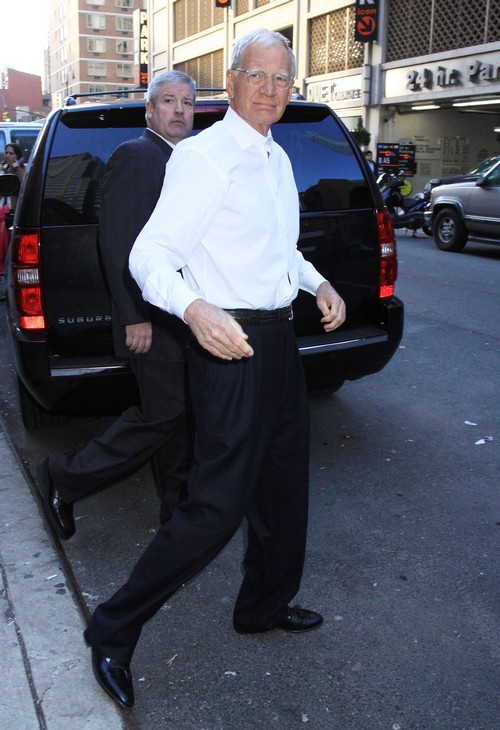 David Letterman hasn’t been having a great couple of years, has he? The ratings for his late night talk show have been steadily declining, topped off by the fact that he’s decided to quit in 2015. And now, there are new reports alleging that he could lose up to $400 million in a divorce battle. Yikes.

According to the reports, he’s never fully been able to repair his marriage to Regina Lasko after the 2009 sex scandal went public, and he admitted to sleeping with several of his female staffers. It’s been five years since the scandal, David and Regina have a young 10-year-old son named David, and they’ve been trying to repair their marriage ever since. However, sources tell the National Enquirer that Regina’s never been able to forgive David for what he’s done, and she’s just about done trying to fix their relationship.

The sources add that David and Regina are pretty much living separately at this point, explaining, “I believe Regina’s had it and wants out. But I think she would wait until he ‘retires’ before she hits him with divorce papers so he won’t have to go through another scandal on the show.”

You know, even though this is the Enquirer, it doesn’t seem like that much of a stretch. David hasn’t been spotted in public with his wife in a very long time, and there were already plenty of rumors stating that he still hasn’t stopped cheating on her. In fact, if she really is waiting until the show’s over, that’s actually very respectable of her considering the rumors – and something Letterman should probably be thankful for.

David’s rep obviously denied the allegations, but added that his reputation and his personal life are still recovering from the sex scandal. Honestly, whether he wants to admit it or not, he’s clearly quitting the show to spend time with his family. Even if he’s not going to get divorced, his marriage is probably not in the best state right now, and to fix it, he would need to spend time with his wife and his child – not spend his nights hosting a talk show where he creepily flirts with all of his female guests.