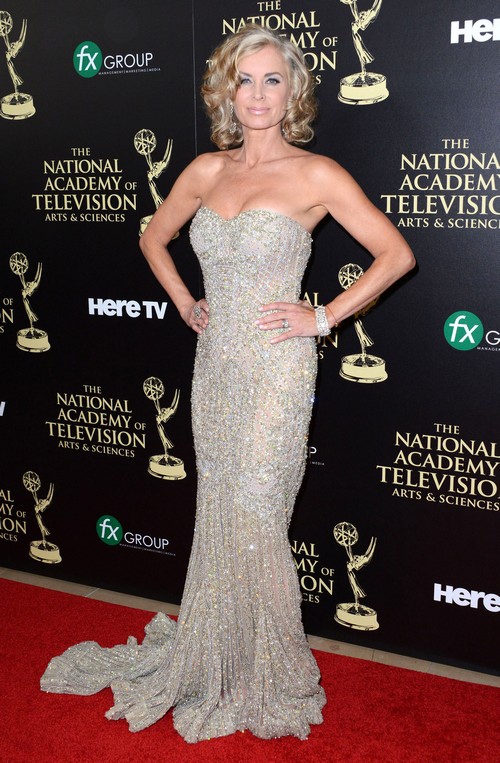 Days of Our Lives spoilers report that Eileeen Davidson has been hired by Andy Cohen at Bravo for the The Real Housewives of Beverly Hills! First it was confirmed that former Days of Our Lives star Lisa Rinna has joined the cast and now sources close to the show say that Eileen Davidson will be joining her. It’s starting to look like Bravo’s Andy Cohen has decided to bank on adding a few bonafide soap stars to the line up of The Real Housewives of Beverly Hills. Eileen is currently doing double duty on both Days and The Young and the Restless and enjoys a decades long career in the daytime drama industry.

The housewives franchise has been contending with some sagging ratings and many of the new cast additions simply haven’t worked because Bravo’s savvy audience isn’t bonding with these newbies. That’s where bringing in Lisa and Eileen could be a win win situation. Soap fans are probably the most loyal group around so they will absolutely support these women and that ultimately will mean a ratings bonanza for Bravo. Bringing in Eileen would also tap into CBS’ daytime audience which would bolster the numbers even more.

Do you think Eileen is going to fit in with the other ladies on the upcoming season of The Real Housewives of New Jersey? Lisa has been brought on board to stir up a bit of conflict because she is already so strong and established as a businesswoman. How do you think that Eileen could fit into the mix? Do you think that she’s totally on board with having a camera tailing her when she leaves the Y&R sound stage? Is Bravo on to something here? Does it make sense to cast soap stars – will you be tuning in to see them living their real lives rather than being in character? Tell us your thoughts in the comments below!