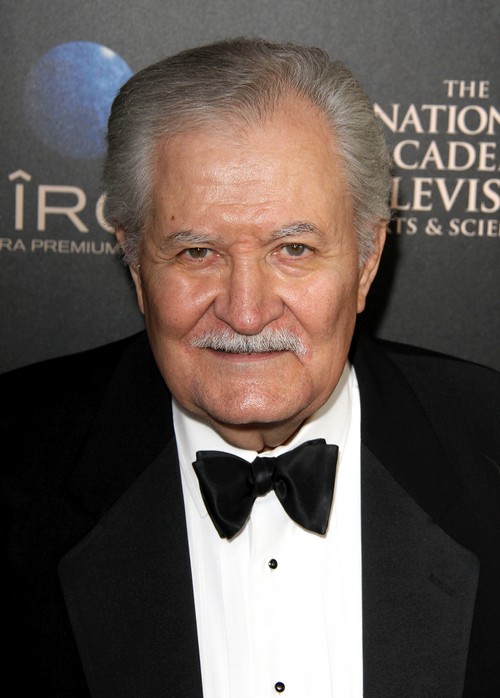 If you have been a Days Of Our Lives fan anytime over the last 29 years then you are already familiar with Jennifer Aniston’s father, John Aniston who has played the role of Victor Kiriakis to sheer perfection. Even when the character was a big time mobster fans couldn’t help but love him and now that Victor is a reformed businessman he has easily become one of the pillars of the long running show. At age 80, John seems to be ready to retire and according to the Feb. 24th print edition of GLOBE Magazine he has asked the powers-that-be to start to figure out his exit story line.

Writing an exit for the character is actually easy because Victor has made a multitude of enemies over the years. His on-set friends, on the other hand, hate the thought of him leaving and are trying to convince him to reconsider. John has already scaled back his screen time and popped up this month after having two months off. Instead of continuing on a more limited basis John really wants to retire to Greece with his wife.

Besides his adoring co-workers, John’s daughter Jennifer Aniston is also against his leaving. She has always known her father to be a working actor and the thought of him retiring makes it really hit home that her father’s life is winding down. As for DOOL, they are trying to convince the actor to stay on. Do you think that they’ll succeed or is John serious about leaving for good? He sees this as the chance for the writers’ to tell a great story, will they jump on the opportunity? Tell us your thoughts in the comments below!