Days of Our Lives Spoilers: Aiden’s Wife Returns From The Dead – Julie Tolivar Hired by DOOL to Play Meredith! 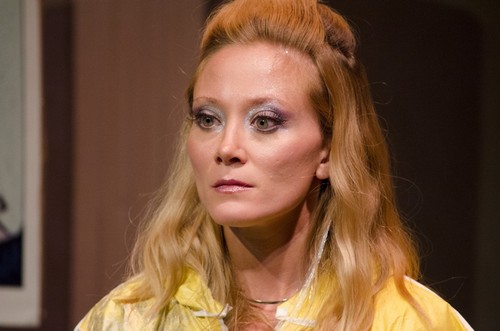 Days of Our Lives fans, gear up for some exciting spoilers! Actress Julie Tolivar is headed to Salem in February 2015, and she’ll be playing a new character on DOOL. Although Julie Tolivar doesn’t have extensive soap opera experience, sources have confirmed that she’ll be playing a character named Meredith – or in other words, a character that everyone assumes will be Aiden’s wife! If you can’t wait until February, then you can watch Ms. Tolivar in a 2002 movie named ‘Jumping For Joy’ or a small role in the recent show ‘Win Some Lose Some’. But really, you’re probably better off waiting until February, because neither of those sound in line with the appetites of Days of Our Lives fans.

Now, there’s been a lot of drama surrounding Aiden’s dead-is-she-really-maybe-she’s-not-dead wife. Aiden’s wife reportedly passed away before he arrived in Salem, and he inherited her family fortune [of course]. However, recent Days of Our Lives spoilers revealed that Aiden might have actually murdered his wife [again, of course]. But now, if this ‘Meredith’ truly is Aiden’s not-dead wife, then there’s going to be hell to pay for Aiden.

Either Aiden did a terrible job murdering her, or based on another popular theory among fans, Meredith faked her own death and disappeared to escape Aiden’s nefarious clutches. She knew he was violent and she predicted that he was going to try and kill her, so she beat him to the punch and faked her own death to get away from him. Granted, I doubt it will be as clean cut as that, and since this is Days of Our Lives, expect a few hundred more twists and turns to play into that little DOOL scenario. But if we’re being realistic, Meredith faking her own death is probably the most likely scenario. So why is she returning now…?

What say you, Days of Our Lives fans? Do you think Julie Tolivar’s ‘Meredith’ will be Aiden’s dead-not-dead wife? Or will she be someone else entirely? And if she is Aiden’s wife, will he try to re-kill her? Let us know your thoughts in the comments below, and don’t forget to check back at CDL for more Days of Our Lives spoilers.