Days Of Our Lives Spoilers: Ben and Chad DiMera Go To War – Will Chad Break Up Abigail Deveraux and Ben Over EJ Cheating Affair? 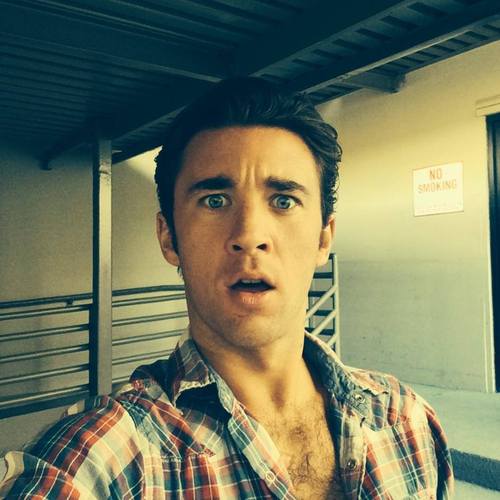 Days Of Our Lives spoilers tease that Abigail Deveraux is in for some serious drama when her ex Chad DiMera returns to Salem. According to DOOL spoilers, one of the items on the youngest DiMera’s to-do-list is to break up Abby and her new boyfriend, Ben. In a recent interview, newcomer Billy Flynn teased that Chad will be a new man, and he will stop at nothing to get what he wants, so Abigail is in for a serious awakening.

Despite Abigail’s scandalous affair with EJ DiMera, which was even publicized by Will Horton in the Salem newspaper, and Ben’s secret past with Clyde, their relationship has managed to survive. But, according to DOOL spoilers, Chad DiMera’s return to Salem might finally be the straw that breaks the camel’s back. Days of Our Lives spoilers reveal that when Chad arrives he is livid that Abigail betrayed him and had sex with his brother EJ, so he makes it his personal mission to get revenge and destroy her relationship with Ben.

Chad’s reign of terror kicks off with accusing Ben of stealing from him, and a fight ensues. It will be interesting to see whose side Abigail takes when the battle lines are drawn in the sand between Ben and Chad.

Are you as excited as we are Billy Flynn’s big Salem debut as Chad DiMera? Do you think that he and Abigail will wind up getting back together after everything is said and done, or will she stay with her barista boyfriend, Ben? Would you like to see Chad’s other ex, Melanie Jonas, return to Salem as well? Let us know what you think in the comments below and don’t forget to check CDL tomorrow for more Days of Our Lives spoilers.