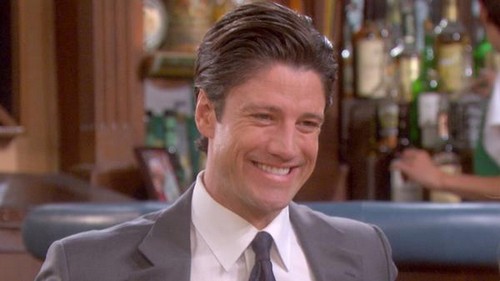 Days Of Our Lives spoilers tease that the drama in Salem will really be heating up during the week of September 8-12. Kate and Sami seemed to have pulled off their revenge scheme without a hitch so far, but DOOL spoilers reveal that Kate finds herself sweating when an EJ and Sami reunion threatens her position at DiMera Enterprises, and to add insult to injury, Stefano is on his way back to Salem as well.

When Kate isn’t trying to keep DiMera Enterprises under lock and key, she has to worry about Jordan’s slimy dad, Clyde, pursuing her. But, by the end of the week, Clyde gets a run for his money when he has a confrontation with EJ DiMera.

Sparks have been flying between Hope and Aiden for weeks now, and despite every attempt to fight her feelings, Hope finds herself unable to shake her passion for Aiden. Days of Our Lives spoilers tease that during the week of September 8th Hope is plagued by recurring fantasies of herself and Aiden. When the Salem detective isn’t having hot dreams about Aiden, she will be busy forging an unexpected friendship with Nicole.

According to Days of Our Lives spoilers, Jennifer makes a desperate attempt to get back together with Daniel, but Daniel isn’t as ready to forgive and forget as she is and he shuts her down. When Daniel isn’t breaking Jennifer’s heart, he will be busy playing doctor, and on Thursday, September 11th, he reveals to Brady that they have found a drug that will wake John Black up from his coma. Days fans can also expect to see a heated altercation between Kristen DiMera and Theresa Donovan during the week of September 8th, and on Friday, September 12th, Billy Flynn arrives in Salem as Chad DiMera.

So, Days fans, do you think EJ and Sami are getting back together for good this time? How do you feel about Hope and Aiden’s relationship? Should Daniel get back together with Jennifer? Let us know what you think in the comments below and don’t forget to check CDL tomorrow for more DOOL spoilers.