Days Of Our Lives Spoilers: Theresa Warns Daniel About Liam – Jennifer Rescued by Eric and Daniel? 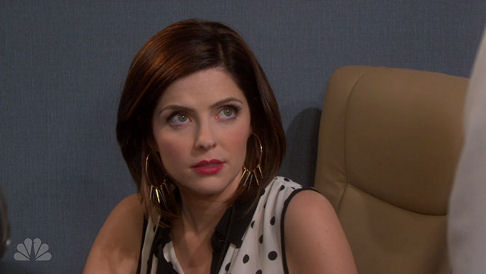 Every soap opera needs a bad girl, and Theresa Donovan has that market cornered on NBC’s daytime drama Days of Our Lives. Since she arrived in Salem she has rubbed a lot of DOOL characters the wrong way, mostly due to the anti-Jennifer campaign that she launched at the hospital. Theresa also has acquired quite the reputation in Salem has a party girl due to her recent tryst with John Brady’s boozing son.

Theresa Donovan may actually have a conscience though, believe it or not. According to Days of Our Lives spoilers for this week, Theresa plays a critical part in saving Jennifer from Liam. When crazy Liam first arrived in Salem he enlisted the help of Theresa to orchestrate his scheme to break up Jenn and Daniel. Considering Theresa’s own personal agenda against Jenn, she was more than willing to help. However, now she realizes that Liam is much more sinister and dangerous than she was aware of when she partnered up with him.

Days of Our Lives spoilers tease that this week Theresa will come clean to Daniel and give him a heads up that Jennifer is in some serious danger. Liam currently is holding Jennifer at gunpoint at the Horton Cabin, and DOOL spoilers have teased that Daniel and Eric will show up to rescue her, most likely because Theresa tipped them off.

It looks like Theresa may not be as evil as DOOL fans think she is, and the vixen has a softer side. Are you as shocked as we are to learn that Theresa plays a key part in orchestrating Jennifer’s rescue from Liam? Do you think she truly cares about Jennifer’s overall well-being or could she have a hidden agenda? Could Theresa have a softer side to her? Let us know what you thin in the comment section below and don’t forget to check CDL later for more Days of Our Lives spoilers.