BY Amanda Austin on May 30, 2014 | Comments: 30 comments
Related : Days of Our Lives, Soap Opera, Spoiler, Television 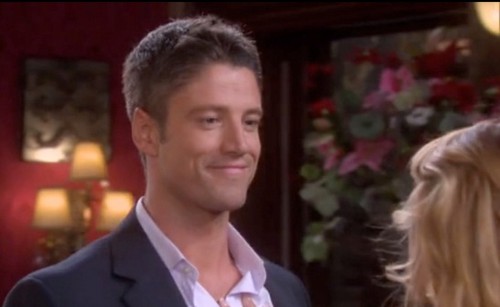 Some major changes are coming to NBC’s popular daytime drama Days of Our Lives. Key players Allison Sweeny and James Scott both recently announced they were leaving the soap opera. Sweeney, who has played the iconic character Sami Brady finished filming her scenes on Friday, May 22. James Scott, who plays the part of her fiancé EJ DiMera, completed his filming on May 2.

Although Sweeney has let it be known for months that she was exiting Days of Our Lives, Scott’s resignation came out of the blue and was surrounded with controversy. Scott travelled to a remote country (Peru) for vacation and returned and announced he had spent his vacation smoking mind altering drugs and “aligning his chakras.” Then he quit DOOL, barely giving the writers any notice or time to write a storyline for his exit. 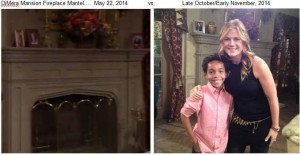 A recent photo of Sweeney has emerged online, of her last days filming on the set of DOOL. She is in the DiMera mansion, and in the background there is a photo of EJ on the mantle next to an urn. DOOL fans immediately noticed the urn and began questioning whether James Scott’s character is killed and those are his ashes, spurring rumors of the character’s demise.

There have been so many deaths is Salem as of late, it’s hard to believe that TPTB at Days of Our Lives aren’t done killing off their characters. The urn theory is a little far-fetched, however considering the circumstances it makes complete sense. Scott didn’t give the writers time to come up with a complex exit strategy for his character, they may not have had any choice but to randomly kill him off. Also, it the rumors are true that James Scott wasn’t in the right state of mind when he returned from the jungle and “found himself,” then he may not have been much use on the set and could have made it impossible to shoot any heart-felt goodbye scenes.

If the urn theory is true and Scott’s character EJ DiMera is killed off, then the obvious question is how did he die? Was it a freak car accident that no one seen coming? Or, did another Salem resident murder him? Let us know what you think in the comments below, and don’t forget to check CDL tomorrow for more Days of Our Lives spoilers.

Let’s see what Soap Opera Spy fans have to say about this theory/rumor:

DOOL couldn’t just have them leave & go to Europe or something? Eventually they will both want to come back.

I can’t bear to think of him leaving. Him & Sami are the whole show. I’m not sure I’ll be watching without them, especially EJ. He’s a great actor! Would love to see him in Prime Time with his own show.

I was hoping him and Ally would ride into the sunset.

Sami kills EJ when she finds out about Abigale… then Sami goes to prison. That’s my guess.

I just keep thinking how Sami shot him in the head before…she is not to forgiving.

hate to see him go have nicloe kill him and then maybe we will see the last of her.

i am not really believing this article – dool knew james scott was only going to do one more year so they should have been prepared for him not signing another contract and leaving the soap – i don’t like that they are trying to say that he went away on vacation, smoked some type of dope, wasn’t in his mind & quit the show……………..seems like they are trying to push him under the bus because he wanted off the show and that is exasperating to me……….jmo

Another murder mystery, who killed EJ?

Well we don’t know for sure how EJ is leaving Salem but we do know that he is leaving and their is that new urn….