Days Of Our Lives Spoilers: Liam is DEAD – Nicole Shot Daniel – Nicole and Eric To Flee Salem After Death?

BY Amanda Austin on May 1, 2014 | Comments: 5 comments
Related : Days of Our Lives, Soap Opera, Spoiler, Television 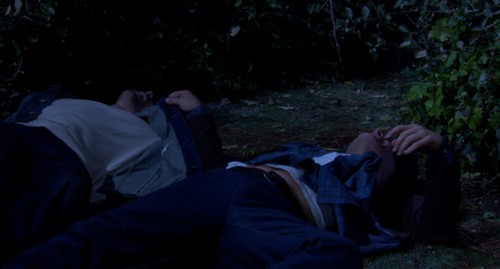 The NBC daytime drama Days of Our Lives is gearing up for a shocking April finale this week. Days of Our Lives spoilers have teased that there will be a murder in Salem and one of the DOOL characters will not make it to May Sweeps. So, obviously fans of the soap opera are speculating as to which character we will be saying good-bye to, or possibly good riddance to.

This week Jennifer headed to the Horton Cabin on Smith Island to get some alone time. It looks like her stalker Liam obviously doesn’t comprehend “alone time” because he crashed her solo party and finally bared his true crazy colors to a shocked Jennifer. After trying to diffuse the situation and talking some sense into Liam, Jenn failed miserably and he pulled a gun on her. Meanwhile Nicole is fully aware of Liam’s crazy streak and is en route to the cabin to play the hero. Days of Our Lives spoilers have also teased that with some help from Theresa by the end of the week Eric and Daniel will also arrive at the cabin and a hostage situation will develop, followed by a bloody murder.

DOOL fans have been speculating all week what the spoilers could possibly mean, and which one of our Salem residents will bite the dust. Between the possibilities; Eric, Nicole, Jenn, Daniel, and Liam, Liam is the most logical choice. A lot of DOOL fans are ready to say good-bye to the crazy character, and he has definitely worn out his welcome in Salem.

The May Sweeps spoilers in the latest edition of Soap Opera Digest supports the theory that Liam is the character that winds up shot. The magazine teases that during the month of May Jennifer and Daniel’s relationship is damaged and Nicole and Eric consider leaving Salem for good. If any of those characters are murdered by Liam then they wouldn’t be discussed in the May spoilers. It also is worth mentioning that the magazine doesn’t release any spoilers regarding Liam for the month of May.

So, what do you think Days fans, is Liam the character that gets killed off this week? Are you ready to see him go or will you be sad to see him leave? Which Salem resident do you think pulls the trigger? Share your thoughts and theories in the comment section below and don’t forget to check CDL throughout the week for more Days of Our Lives spoilers.

Update April 30: Nicole just shot and killed Liam or was it Daniel – it’s hard to be certain but we hope it isn’t Daniel!

Update May 1: After the smoke cleared on DOOL today it appeared Daniel had been shot in the stomach by Nicole and Liam was still alive and well.  Liam began flailing around like a mad man, and actually tripped in the woods and fatally impaled himself on a tree branch, which finally lead to his demise. Daniel’s gun shot wound turned out to be a mere graze, and he appeared fully recovered by the end of the episode.