Days Of Our Lives Spoilers: Liam Hunting Jennifer – Will Nicole Save Her and Lose Eric’s Love? 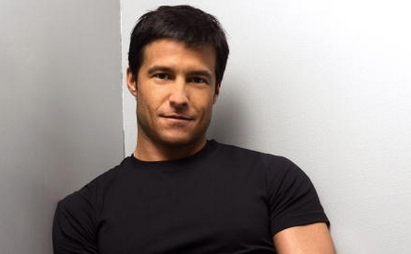 This week on Days of Our Lives Nicole will be faced with a difficult decision, save Jennifer from psychopath Liam, or potentially lose the love her life Eric. Last week on DOOL Nicole saw Liam snooping around Daniel’s apartment and put two and two together and realized he is probably the person that drugged Daniel. However, she hasn’t a said a word to anyone about it because when she questioned Liam he blackmailed her, and threatened to expose her secret to Eric.

Liam has proof that Nicole destroyed evidence that could have cleared Eric’s name from a previous crime, and if her hubby-to-be finds out she destroyed the evidence then there will certainly not be a wedding any time soon in their future.

Nicole is already aware that Liam is not the person he has been pretending to be. But, according to Days Of Our Lives spoilers, this week she will meet Liam’s ex-wife. After Liam’s ex sheds some light on his less than sane behavior, it will become clear to Nicole that Jennifer is in some serious trouble. And, in typical soap opera fashion the stakes are raised when Liam arrives at the secluded Horton Cabin and gets Jennifer alone and all to himself, just like a scene out of a cliché horror movie.

Nicole has a history of putting her needs and wants above anyone else’s. I mean she ruined Eric’s career intentionally. Do you think she will risk Liam sharing her secret with Eric and warn Jennifer and Daniel about how crazy and dangerous Liam is? Or, will she just let the cards fall where they may, and hope Jennifer doesn’t wind up in a body bag? Let us know what you think in the comment section below and don’t forget to check CDL tomorrow for more Days of Our Lives spoilers.

Update April 22: Today Nicole investigated Liam online using her connections to try and find something on him. All she learned so far is that Liam has a divorce and the records are sealed. Meanwhile, Liam paid off a woman to tell Jennifer that she was a cleaning person at Daniel’s apartment and saw drugs there. Jennifer went over to check up on this story and of course found a bottle of Dilaudid – which she believes is his!

Update April 24: Liam attacks a picture of Jennifer with scissors! Nicole calls Liam’s ex wife Debra and begs for help. Debra is reluctant since she still fears Liam. Jennifer looks like Debra and shows Liam has a type upon which he fixates and stalks. Debra realizes that Liam has blackmail power over Nicole and gives a key to the safety deposit box she shares with Liam. This is where Liam stores his blackmail evidence on people. Nicole hopes to get the incriminating evidence against her back.

Nicole goes to the bank and as she is turning the key and opening the box a hand covers her own… It’s Liam!