Days Of Our Lives Spoilers: Jennifer and Nicole Kidnapped by Liam at Gunpoint – Shots Fired After Eric and Daniel Arrive 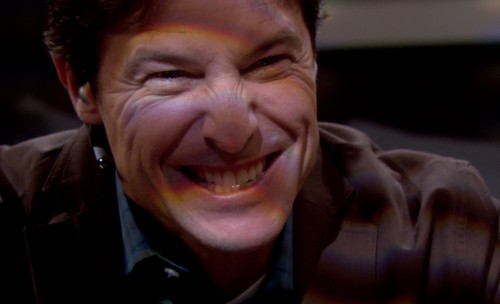 Days of Our Lives spoilers have been teasing an epic episode on Friday April 25th for quite a while. Days fans have been watching Liam unwind for weeks now, gradually appearing crazier and crazier as he continues his mission to break up Jennifer and Daniel.

Today on Days of Our Lives Nicole met Liam’s ex-wife who revealed just how crazy and dangerous Liam really is. She gave Nicole a key to the safety deposit box she once shared with Liam and revealed that any dirt or blackmail he had on her would be in the box.

Nicole, now satisfied that she can save herself first by getting the blackmail back from his safety deposit box, will head to Smith Island where Jennifer is at the Horton Cabin to give her a heads up. According to DOOL spoilers Nicole will be in for a shock when she finds Liam holding Jennifer at gunpoint.

Back in Salem Theresa’s conscious finally catches up to her and she gives Daniel a tip about how unstable Liam is and his unhealthy obsession with his girlfriend Jenn. Eric and Daniel head to the Horton Cabin to save Jenn, and Eric learns that his girlfriend Nicole is also in danger. Eric, Daniel, Jenn, and Nicole all face off with crazy Liam and the gun he is toting. According to Days of Our Lives spoilers, shots are fired and someone may not make it out of the Horton Cabin in one piece.

We have known for weeks that Liam’s crazy streak would be coming to an explosive end soon, but will he take out one of our favorite Salem residents in the process? Do you think Nicole, Eric, Daniel, and Jennifer will all escape from the cabin unscathed? Leave your predictions in the comment section below and don’t forget to check CDL tomorrow for more Days of Our Lives spoilers.

The drama on April 28 looks likely to be centered around the confrontation in place at Horton Cabin. Fan know that serious trouble and violence might erupt when Eric and Daniel arrive and confront Liam holding Jennifer and Nicole at gunpoint:

Wasn’t that face just priceless? I loved it!

Will this kidnapping/hostage situation turn out to have one or more people injured or killed? Let’s tune in to DOOL this week, April 28 – May 2, to learn the answer.