Days Of Our Lives Spoilers: Sami Takes On Nick – Will and Gabi Fight Over Ari 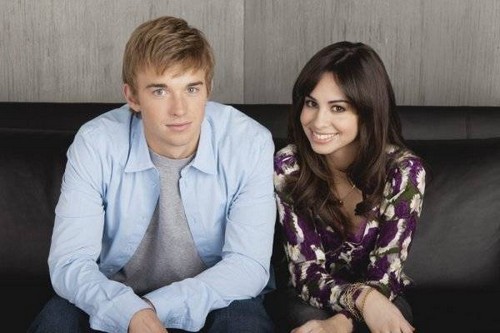 Things are getting pretty interesting on Days of Our Lives for the newly married Will and Sonny. Will recently received a copy of the custody agreement that Gabi had drawn up regarding how they should co-parent Arianna. Will is outraged by all of the rules and limitations that the draft contains and when he shares it with Sonny the feeling is mutual. Both men seem to believe that Nick is the one pulling Gabi’s strings and trying to manipulate the whole situation.

According to the May 5th print edition of Soap Opera Digest things are about to go from bad to worse when the newlyweds learn of Nick’s next plan. Sonny intends to do whatever it takes to keep Will and Ari safe from Nick’s negativity. He believes he is one of the few people to have seen Nick for who and what he really is right from the start and that Nick really enjoys showing him his true colors. It has kind of become a game for Nick to give Sonny a glimpse of what he really is and then shut it down before anyone else catches on.

Sami also learns of the problem that Will is having with Nick and decides to lend her support. She also decides to reach out to Abigail for some extra help. How do you think this is going to turn out? Will Nick’s destructive plan be thwarted or are there already too many hands in the pot trying to stir it? Tell us your thoughts in the comments below!