Days Of Our Lives Spoilers: Sami Gets EJ and Abigail’s Cheating Hook-Up Pictures – Will And Rafe Are Furious 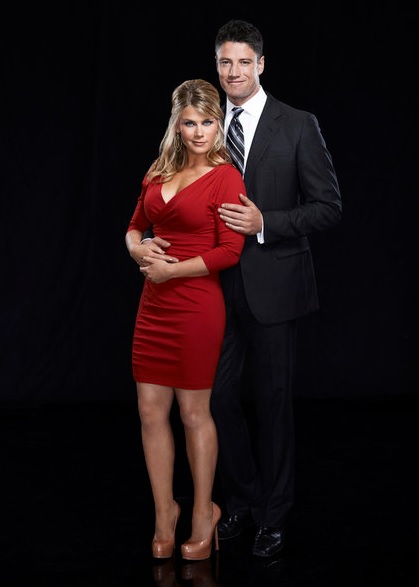 The fictitious town of Salem on NBC’s Days of Our Lives is full of drama these days, but spoilers show Sami seems to have been doing a pretty decent job of avoiding it all… until now. Last week she got into heated argument with her ex daughter-in law Gabi, and according to DOOL spoilers that was just the beginning. Sami has a bumpy road ahead of her.

Since Nick Fallon returned to Salem he has been parading around town like a changed man, we see right through his façade, but Gabi doesn’t. Despite the fact that Nick is a cold-blooded killer and tried to rape Gabi, she has actually been spending time with him and contemplating a reconciliation. The last thing Sami wants is her grand-daughter and Gabi spending time with Nick and she made that very clear last week when she confronted Gabi. After Gabi and Sami’s heated argument Gabi fills Will in on his Mom calling her an unfit mother and packs her bags. Will is furious at Sami, her questionably good intentions have caused Gabi to leave with his daughter and possibly run off with Nick.

As if Sami doesn’t have enough to deal with now that Gabi is running off with her grand-daughter with a psychopath and her son Will isn’t speaking to her, she also will have to deal with her ex Rafe. Rafe makes an already tense situation ten times worse when he realizes something is going on with Nick and his little sister Gabi, and he is on a mission to find out what Sami is hiding from him.

Sami may have to put the Nick and Gabi drama, which she put herself right in the middle of, on the backburner though. The other half of her world is about to come crashing down on her. AJ and Abigail thought they were in the clear after their pregnancy scare, but their secret is about to be delivered to Sami’s doorstep. Whoever was spying on AJ and Abigail has taken it upon themselves to print out pictures of their hot and steamy rendezvous and have them delivered to the DiMera mansion!

Are you excited to see Sami’s life spiral out of control this week on Days Of Our Lives? It’s difficult to sympathize with her because she created the majority of her drama herself by meddling in Gabi’s life. Do you think she had every right to call Gabi out or should she have minded her own business? And, who do you think the stalker is that took pictures of AJ and Abigail and sent them to Sami? Share your thoughts and theories in the comments section below and check CDL tomorrow for more Days of Our Lives spoilers and speculation.