BY Amanda Austin on May 2, 2014 | Comments: 4 comments
Related : Days of Our Lives, Soap Opera, Spoiler, Television 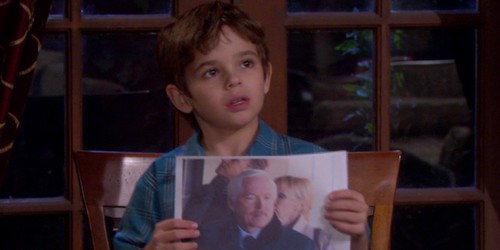 Days of Our Lives fans are still reeling from the most recent Salem murder, but the death of Liam is just the beginning of this May’s drama. Days of Our Lives spoilers tease there will be plenty more drama on the popular daytime soap opera, and Liam’s death was just the beginning. With Liam impaled and dead and Jennifer and Nicole out of immediate danger,  there will still be consequences. Dead bodies lead to inquiries and these can lead to discoveries!

One would think that with Liam out of the picture Daniel and Jennifer’s relationship would be solid, but according to DOOL spoilers it’s actually quite the opposite. During the month of May Daniel makes a shocking discovery, and it will have some seriously negative effects on his relationship with Jennifer. Eric and Nicole are also affected by Liam’s death in other ways, and they consider leaving Salem for good.

Theresa may be out of the woods when Liam dies, but her secret partnership with him isn’t the only thing that could cause a rift between her and Brady. Brady’s father John is determined to get his son the help he needs and cure his problem with drinking and drugs. And, John has come to the conclusion that eliminating Theresa from Brady’s life is the solution, he won’t stop until she is out of Brady’s life for good.

Days of Our Lives spoilers for the month of May also imply that the younger Salem crowd will be dealing with some serious drama as well. JJ and Paige’s relationship is currently on the rocks. But, Bev and Rory will work together to break them up for good and ensure their relationship is irreparable. Also during the month of May Nick’s true colors will be exposed and it will become clear that he obviously hasn’t forgiven Sami and Kate for throwing him in the river and leaving him for dead.

So Days fans, what do you think Daniel’s big discovery is? And, how do you feel about Eric and Nicole possibly leaving Salem for good? Do you think John will be able to rid Brady’s life of Theresa, or do you think that Theresa and Brady should actually be together? Let us know what you think in the comment section below and don’t forget to check CDL tomorrow for more Days of Our Lives spoilers.

And it seems that in real life Nicole [Arianne Zucker] got a comment from a fan who wasn’t too happy!

I don’t like Nicole at all the gossip is that they are a couple in real life and that’s why he [Greg Vaughan] left his wife of 9 years.

I would rather see Jennifer/Daniel go than Nicole/Eric. Nicole is the best actress on the show by far. Will not keep watching to see Jennifer. I’m having a hard time looking at her with her scraggly neck on football shoulders. At the very least, put her in sleeves. She looks ridiculous.

We can’y say for sure if Nicole and Eric will leave Salem – but we can say that sources are predicting that it could be the case.

Breaking News: Elvis “EJ” Aron DiMera played by James Scott has left Days! After 8 years of great work today (May 2) marked the last day for James on the DOOL set. EJ’s presence on the show will run through the summer and into the autumn 2014. Apparently the split was amicable – James is pursuing other projects while he takes a well earned break – everyone at Days Of Our Lives wish him luck.