Days Of Our Lives Spoilers: Julie Tolivar Joins DOOL – Is Aiden’s Wife Meredith Back From The Dead? 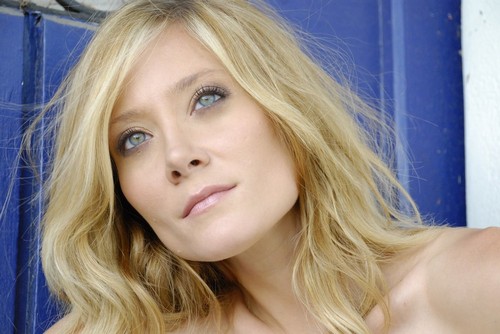 Days of Our Lives spoilers and coming and going news confirm that actress Julie Tolivar is headed to Salem in February 2015, and she is slated to play the part of a new character named Meredith. Tolivar is new to the soap opera scene, and has limited acting credits. The actress appeared in a 2002 film titled “Jumping For Joy” and then returned to the small screen 12 years later in a minor role on the show “Win Some Lose Some.” Tolivar also worked on a short film in 2014 titled “Caroline.”

So, who is Salem newbie Meredith? Well, Days of Our Lives spoilers from NBC have not confirmed nor denied this – but word on the internet is that Meredith is Aiden’s not-so-dead wife. Hope’s new mysterious boyfriend Aiden’s wife passed away before he arrived in Salem and he inherited her family fortune. However, recently Days of Our Lives spoilers have been dropping clues that Aiden may have actually murdered his wife. If Meredith is Aiden’s wife, then that would mean he didn’t technically murder her. Although a popular theory on Days of Our Lives message boards is that Meredith faked her own death and disappeared because Aiden was violent and she knew he was going to try and kill her.

What do you think Days fans? Are you familiar with Julie Tolivar, will she make a nice addition to the DOOL cast? If her character is Aiden’s wife – do you think Aiden knows that she is alive? Did he try to kill her? Let us know what you think in the comments below and don’t forget to check CDL tomorrow for more Days of Our Lives spoilers and news.