Days of Our Lives Spoilers: Kristen Makes Her Move On Brady, Stefano Wants EJ Out of DiMera Enterprises, Will Interviews Chad 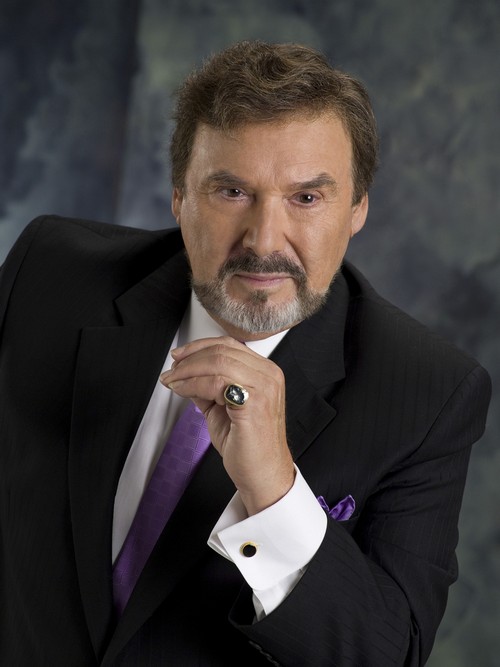 Days of Our Lives spoilers teased an EJ and Sami reconciliation for weeks, and now that it is finally here, it seems Days fans are the only ones celebrating, EJ and Sami’s families are not thrilled with their latest romantic decision. According to Days of Our Lives spoilers for the week of October 6 – 10. Stefano is not happy that his son is betraying him and sleeping with the enemy, and is considering ousting him from DiMera Enterprises all together.

According to DOOL spoilers, Stefano isn’t the only person EJ should be on the look-out for, his little brother Chad wants him out of the company as well. When Will sits down to interview Chad DiMera for his next article in the newspaper, he is taken aback by how passionately Chad hates his own brother and some of the cruel things he has to say about EJ. When Chad isn’t scheming against his brother EJ during the week of October 6, he’ll be shamelessly trying to charm both Abigail and Jordan.

Days of Our Lives spoilers also reveal that during the week of October 6 fans can expect to see Paige continue to try to get to the bottom of Kayla’s rape confession, and even quizzes her about JJ’s dad. Meanwhile, Kristen DiMera is ready to cash in. She feels like John and his family are forever indebted to her because she “saved” him, so she makes a move on Brady and is confident that he won’t turn her down. After all, she brought his Dad out of a coma! Meanwhile, John Black is back to the land of the living and extra feisty, and he has a shocking announcement to make. Will he have Teresa arrested for attacking him?

So DOOL fans, do you think that Stefano will kick EJ out of the family business for reconciling with Sami? How do you feel about Chad DiMera, are you a fan of his womanizing and scheming, who’s side do you think he is really on, his dad’s, brother’s, or Kate’s? Do you think Brady will actually give Kristen DiMera another chance? Let us know what you think in the comments below, and don’t forget to check CDL tomorrow for more Days of Our Lives spoilers.

Some Comments from Fans at Soap Opera Spy Facebook page:

Brady would be nuts if he does

Eve too she is very evil

I’m ready for Eve to get her own love life and stop messing up JJ and Paige. Great actress ready for another story line for her.

Who will win the power struggle at DiMera Enterprises?