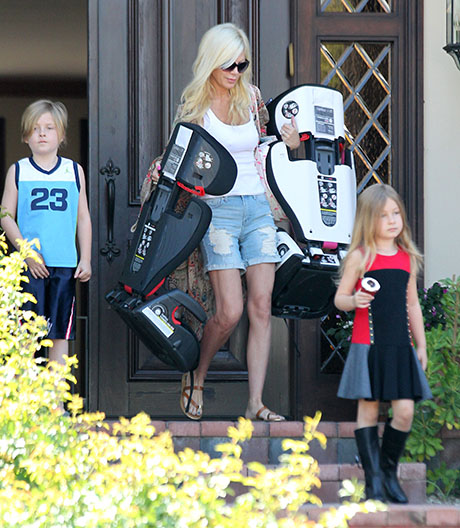 I have to admit, with all of the rumors about Tori Spelling and Dean McDermott‘s latest reality show being exaggerated for ratings, I’m kind of surprised that his 15-year old son hasn’t spoken up sooner. It was only a matter of time for the lies to be revealed and after the last few weeks of True Tori it seems that Jack McDermott has had enough. According to the June 2nd print edition of Star Magazine, the teenager is speaking out.

Jack is claiming that things aren’t always as they seem (especially as they’re being depicted in the media) and that, while his father isn’t perfect, he is also not the lying douche that Tori has painted him to be.

In the Lifetime series, Dean seems to be an addict with a voracious sexual appetite and in at least one memorable therapy session he told Tori that she isn’t good enough in the sack. His supposed affair last December with a random chick named Emily Goodhand has raised some questions — because by all accounts this woman doesn’t seem to exist. There are no photos and there is no digital imprint of Emily at all. Some are beginning to think that this “woman” has been fabricated by the media.

It has been rumored that she never existed and that this whole cheating scandal and marital implosion was actually manufactured to generate some fast cash for the family. Now, even Jack seems to be insinuating that the only thing true about True Tori is the fact that there is a paycheck attached to it.

Do you believe that Tori and Dean are as broken as they want us to think or is this simply the best acting gig that either of them have ever landed? Tell us your thoughts in the comments below!