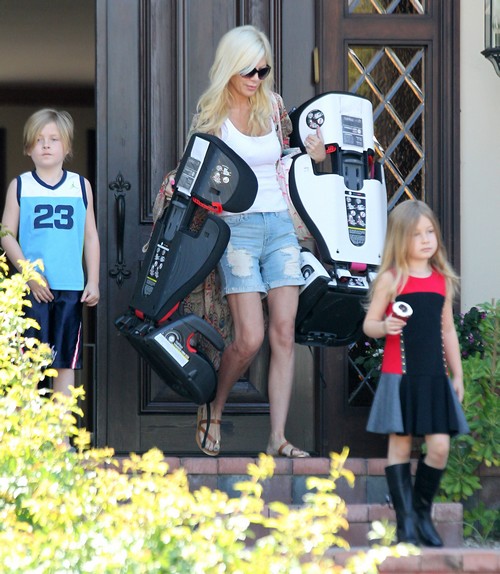 Dean McDermott and Tori Spelling are still together, dragging out their lovelorn romance routine for their television show. Even though the ratings have steadily been dropping since the premiere of True Tori, Dean and Tori aren’t giving up on their fauxmance, no matter how much they need to fake affection for each other.

I mean, it’s obvious from watching the show that both Dean and Tori have reached a point where they can’t stand each other – or rather, Dean can’t stand Tori, and Tori just sees Dean as her ticket to staying relevant. I mean, the guy would rather avoid the paparazzi than take Tori inside a damn hospital. Doesn’t that say something about their ‘relationship’? No wonder he’s been cheating for so long, if he’s this apathetic towards his own wife.

And if that’s the case, why exactly is Dean sticking around? We know why Tori’s invested in this relationship, since it’s her main claim to fame, but why is Dean? There could be several reasons, but the one that we’ve heard bandied about the most is that Dean is waiting for Tori to collect her father’s inheritance.

For those of you who don’t know, Tori’s father Aaron Spelling died in 2006, leaving his wife [Candy Spelling] and his children most of his $500 million estate. According to reports from the time, the estate was to be divided up between Tori, her mother Candy, and her brother Randy [Spelling]. Because Candy was the estate executor, she was in charge of taking care of the inheritances, but she ended up only giving Tori and Randy $800,000 each – significantly less than what they stand to inherit.

However – by law – Candy is still obliged to give Tori her share of the fortune. Knowing that Tori is still waiting to cash in on millions of dollars might be the biggest reason that Dean’s stuck around for so long. Considering how long they’ve already been married, he might be looking at the silver lining in the cloud, and hoping against hope that he’ll be able to hold out until Tori has the money. And when she does inherit her millions, he’ll be able to swoop in and capitalize on that fortune when they inevitably get divorced. 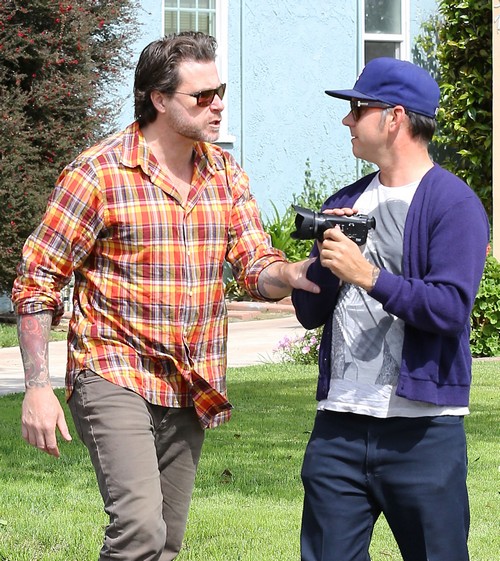