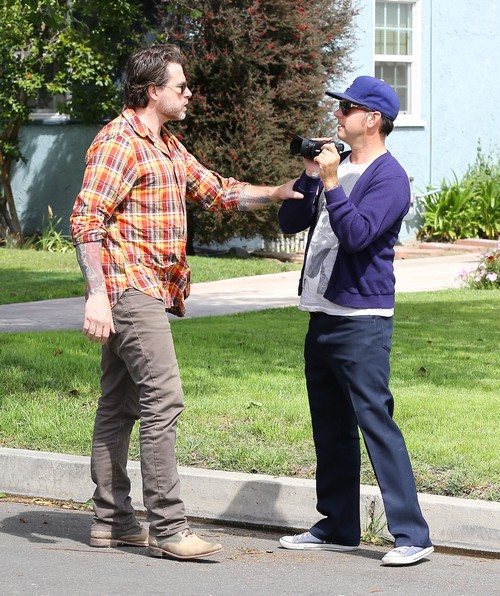 Tori Spelling has made a career out of capitalizing upon and exploiting her home life and it looks like she may have finally taken things too far. She decided to film True Tori for the Lifetime network to document her therapy sessions with husband Dean McDermott as they try to piece things back together after his string of infidelities. The problem is that, according to Dean she is using this docudrama as a way to spitefully get even with him. Dean alleges that the scenes that are airing are being chopped and edited in a way to make him look even worse than he actually is.

Make no mistake, Dean is still a cheating douchelord and he freely admits it, but his wifey isn’t exactly an angel either. Recent rumors have insinuated that Tori has also cheated and while we have yet to confirm those, Radar Online has managed to confirm that some of the situations playing out on True Tori aren’t exactly honest. Like when Dean was supposed to spend 2 months in Canada to film Chopped. Tori freaked at the idea because it was where he cheated before and she also didn’t want to be left in the dust to care for their 4 out of control kids alone. Reality is Dean would have only been gone for 7 days at a clip and Tori employees 2 nannies at all times.

Dean is said to be fed up with being the only bad guy and he claims that there is more than enough blame to go around. Tori’s behavior towards him contributed to what caused him to stray in the first place and she refuses to own any blame for the demise of their relationship. At first everyone wondered if Tori would kick Dean to the curb but now it looks like Dean is the one seriously talking about divorce because rather than using therapy to repair things his wife is using it as a way to publicly shame him. Do you think this marriage can survive all of this drama? Tell us your thoughts in the comments below!