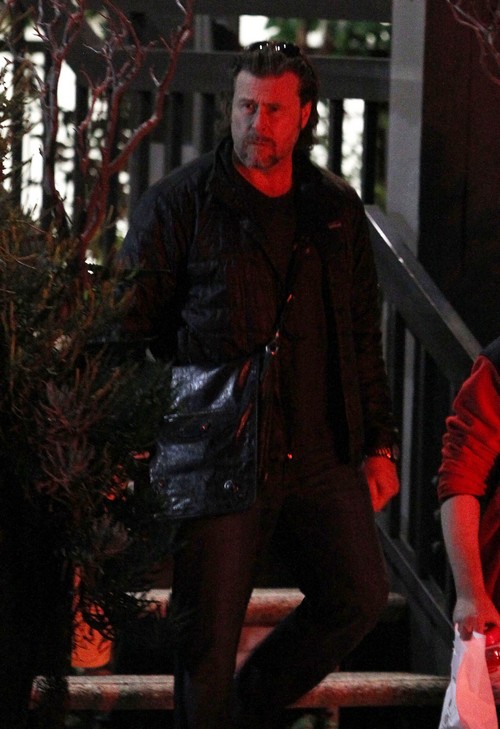 Dean McDermott’s double life caught up with him back in December when one of his side chicks decided to talk to the press about a two day romp that she had with him. At that point Dean’s wife, Tori Spelling had no choice but to face the fact that her husband of 7 years had been cheating. He eventually came clean and has admitted to hooking up with at least 5 women in the last two years.

According to the Feb. 10th print edition of Life & Style magazine Dean checked himself into sex rehab to get himself together. He has publicly apologized for the hurt that he has caused Tori and claims that he is hoping this time away will help him to become the man that he is capable of being. Don’t you think that by age 40 Dean already has kind of grown into the real man that he is? Tori is supporting his getting help but there’s no real word on whether or not she intends to actually stay with him. Supposedly Tori is absolutely crushed by Dean’s other women and is focusing on her kids right now.

Do you think that Dean will get himself together for real or is he just going through the motions to appease his wife? Does he really want to spend the rest of his life only screwing Tori or are the other women what actually keep him sane? Will she allow him to move back in once he leaves rehab? My guess is that she will because she needs help with their four kids! What do you guys think? Tell us in the comments below!

Dean McDermott spotted leaving a therapy session in Los Angeles, California on January 31, 2014. In a recent therapy session with his wife actress Tori Spelling, Dean admitted to cheating with five different women! Dean checked himself into rehab on Jan. 22 and he’s reportedly getting treatment for sex addiction