Demi Lovato Admits Sobriety Is A Constant Struggle – Drug Cravings an Every Day Is A Battle! 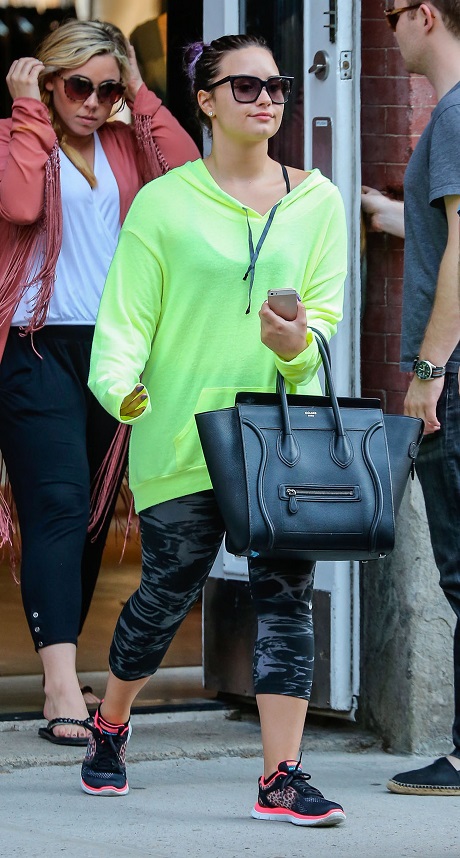 Young Hollywood is overloaded with stars that are knee-deep in addiction issues and it’s kind of refreshing when someone just decides to be real. Demi Lovato would probably be earmarked as one of the biggest train wrecks to come out of The Disney Channel triple threat factory if she had tried to hide her issues. Instead, Demi decided after heading to rehab to just be honest — with herself and others. Yes, she is an addict, has battled bulimia, self-injury, and bipolar disorder.

Once, Demi freely put those things on the table she became an open book and life got a whole lot easier. According to the Aug. 18th print edition of Globe Magazine, Demi still has her share of battles and admits to slipping in the last few years and having to get herself back on track. She also seems pretty determined to keep questionable people and bad influences out of her life. That’s probably why dating Wilmer Valderamma seems to be such an odd choice. His hard partying antics were heavy enough to make Lindsay Lohan date him for nearly a year. Do you think that Wilmer has cleaned up his act considerably since those days? Or does he make it harder to Demi to stay clean?

Demi also claims that the topic of booze makes her nervous and that she really does need to take it one day at a time. The thought that she can never have a glass of wine again makes her stress, so she’s better off telling herself that she doesn’t want a glass of wine today. In recent weeks, Demi has separated herself from long time pa, Selena Gomez, a move that seems to prove that Demi is serious about her sobriety. Do you think Demi is really a role model for other young stars or do you think that she has just gotten better at hiding things? Tell us in the comments below!