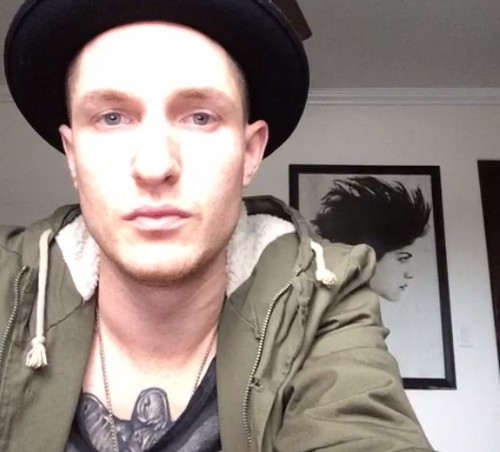 According to a new report from Page Six, Demi Moore is dating 27-year-old Sean Friday. Robbing the cradle, much? Demi is now 51 years old, which puts the age difference between her and her new beau at 24 years old. Well, considering her recent trend of boyfriends, it’s actually not that surprising that Sean’s as young as he is, but one has to also wonder if Demi’s trying to recapture what she had with Ashton Kutcher.

Sean Friday is a tech-savvy young musician in a rock band living in Los Angeles, but he bears enough of a passing resemblance to Kutcher that it doesn’t seem like a coincidence. Also, the whole cliche of dating a musician and rock band member is such a teenager cliche, but again, Demi’s not new to that either, is she? She often acts more like a teenager than her own teenage daughters, and her behavior hasn’t exactly been mature recently, if ever. She desperately seems to be attempting to relive her youth, especially after her breakup with Kutcher.

Demi reportedly started seeing Friday over the summer, since reports claim that she was spotted backstage with daughter Rumer Willis at a concert by Dead Sara, Friday’s band. If she’s been dating him since then, it’s been almost 7 months since the inception of their relationship. That’s not too bad for someone who the tabloids claim is still sulking over Ashton. Alas, the resemblance is there, but at least she’s not having public meltdowns anymore, right?