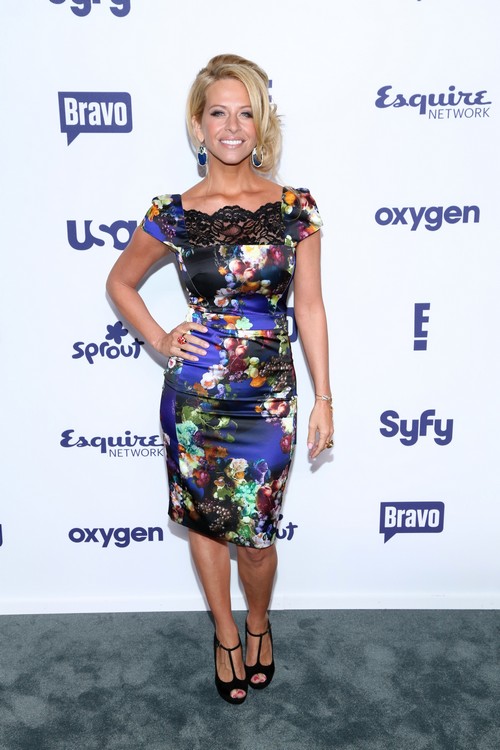 Dina Manzo quits The Real Housewives of New Jersey and Caroline Manzo is replacing Teresa Giudice according to RHONJ casting rumors. The reality show cast will have a major hole in it come next season, Teresa Giudice and Joe Giudice have confirmed that their family will no longer film once Teresa heads to prison to serve her fifteen month sentence for numerous fraud charges. But, rumor has it that Teresa Giudice is not the only RHONJ housewife bowing out, Dina Manzo is reportedly done filming the Bravo reality TV series as well.

According to the December 15th edition of Star Magazine and the tabloid’s inside source, “All of the drama isn’t worth it to Dina. There’s a lot of bullsh-t that goes on both on camera and behind the scenes. Doing the show again made Dina realize why she quit in the first place. The show really wants Caroline Manzo back, and they’re also asking her sister-in-law Jacqueline Laurita. They need to return to their roots and feature the women the fans loved in the first place.”

Multiple sites are already reporting that Jacqueline Laurita is officially going to film as a housewife and not just a “friend” on the next season of Real Housewives of New Jersey, rumor has it that she and her husband’s legal expenses are getting out of control and they desperately need the extra cash. It seems like Bravo is trying to bring back fan favorites and housewife veterans all across the board. It was recently confirmed that Bethenny Frankel is returning to Real Housewives of New York, and a slew of familiar faces showed up during the premiere of the new season of Real Housewives of Beverly Hills at Kyle Richards’s white party.

So Housewives fans, do you think RHONJ will go on without the Giudice Family? Will adding Caroline Manzo and Jacqueline Laurita back in to the cast save the Bravo show? Would you like to see Dina Manzo quit, or do you like her on Real Housewives? What do you think about Bravo bringing back all these old housewives – will it boost ratings? Let us know what you think in the comments below and don’t forget to check CDL tomorrow for more Real Housewives of New Jersey news and rumors.