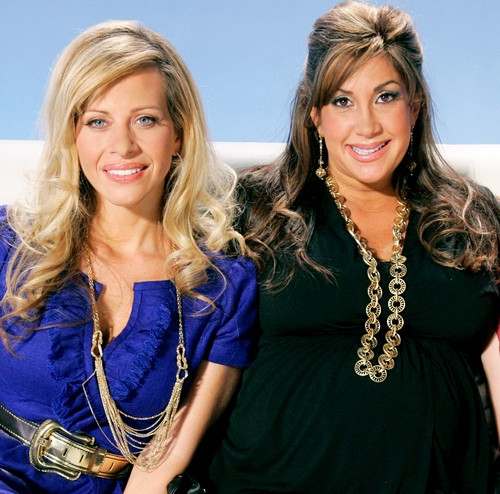 Real Housewives of New Jersey spoilers reveal one of the show’s cast members took to Twitter and announced they are quitting the show, and here’s the shocker, it’s not Theresa Giudice! Dina Manzo shocked RHONJ fans by returning to the drama-infested Bravo TV show for Season 6, after taking a three month hiatus. Rumor has it Bravo producers believed her return would boost the sinking show’s ratings, but it turned out she isn’t half as popular with viewers as they hoped she would.

Manzo found herself embroiled with scandal and feuding with half of the Real Housewives of New Jersey cast as soon as Season 6 kicked off. Dina is even credited for causing the epic Florida brawl between the Amber Marchese and the twins, because she had a difficult time minding her own business and keeping her mouth shut. Manzo also clashed wither Teresa Giudice and is known to have issues with Jacqueline Laurita as well.

Apparently all of the drama that unfolded on Season 6 of Real Housewives of New Jersey has left Dina Manzo sour about returning to the Bravo TV show. A RHONJ fan tweeted Manzo and asked her, “I know you can’t comment but can you at least say if you have any interest in returning next season?” On October 20th Manzo responded and shocked her followers when she replied, “NONE my soul can’t be around horrible people.”

So, it looks like Dina Manzo is quitting Real Housewives of New Jersey. And, with Teresa Giudice headed to the slammer in January, we can’t help but wonder if there will even be a Season 7 of the Bravo show. What do you think about Dina Manzo quitting? Are you happy to see her go, or are you a fan of her’s? Let us know what you think in the comment section below and don’t forget to check CDL for all of your Real Housewives of New Jersey spoilers and recaps.