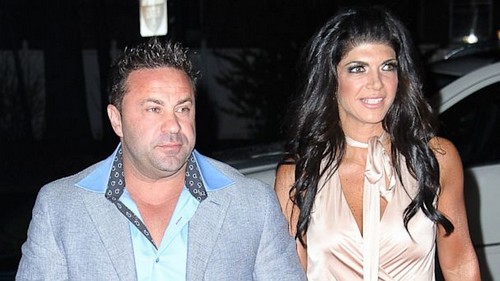 In that regard, of COURSE Teresa Giudice blames Joe Giudice for her woes, and especially her prison sentence. According to reports, Teresa was debating divorcing Joe before the sentencing to try to garner some last-minute sympathy, but decided to wait it out. She totally shouldn’t have done that, right? Now, she’s going to prison no matter what, but Teresa’s still planning on divorcing Joe and dumping his sorry ass. Teresa’s lawyers are no doubt telling her that divorce won’t affect her anymore, not that it would have before. But if she goes through with the divorce now, Teresa Giudice will get all the big money that comes along with a high-profile divorce. Unfortunately [or fortunately, from your point of view], Teresa Giudice and Joe Giudice have never been as popular [and infamous] as they are now.

Thus, Teresa Giudice divorcing Joe Giudice and then writing a tell-all book will definitely land her a plum financial deal, not to mention putting her on the shortlist for other reality shows – after she gets officially fired from The Real Housewives of New Jersey, of course.

Plus, Teresa skipped Joe’s latest sentencing and she reportedly met with her divorce lawyer earlier this week – all signs that she’s planning on saying adios to her marriage as soon as humanly possible. After all, she only has until the beginning of January before she has to turn herself into jail.