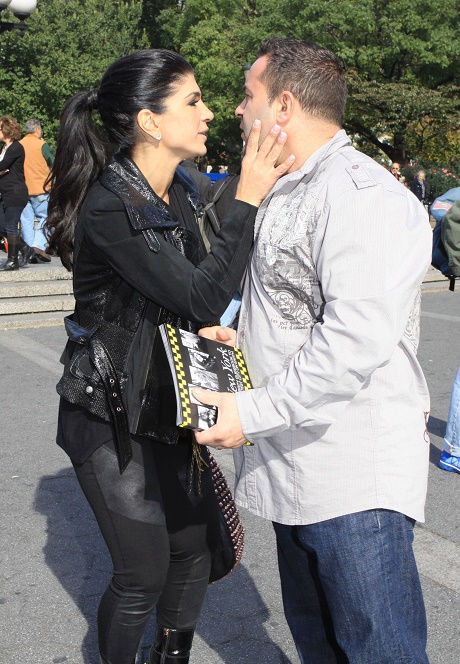 Real Housewives of New Jersey’s Teresa Giudice and Joe Giudice finally went before a New Jersey judge on October 2nd to be sentenced for their multiple charges of wire and mail fraud after scamming banks out of millions of dollars in loans and lying about their assets. Combined, the RHONJ couple will be spending a total of 52 months in jail, and Teresa will begin her sentence first, the housewife is scheduled to turn herself in on January 5th for 15 months.

On top of the 52 months in jail and over $14 Million they have to pay in fines and money they owe creditors, Teresa and Joe Giudice’s horror is far from over. The couple is still waiting to hear from the courts whether or not Joe Giudice will be deported and sent back to his native country Italy, which is a very real possibility. According to the October 20th edition of OK! Magazine, “As the family waits for a court decision on whether Italian-born Joe will be deported after his stint behind bars a source close to the couples says, “Teresa won’t be moving to Italy. Her life is here with her girls in the US.”

RHONJ fans have speculated for weeks now if Teresa and Joe’s court case could wind up ending with divorce. And it looks like it most certainly will if Joe is deported and sent back to Italy. Teresa has no intention of leaving the United States; it would be pointless for she and hubby Joe to remain married if he is forced to move to Italy. Even if they don’t officially divorce each other, their marriage is as good as over.

So RHONJ fans, are you surprised that Teresa Giudice has to actually turn herself in to prison? Did you think she would be able to avoid jail time? What are the odds of Joe Giudice actually being deported? Do you think he and Teresa will divorce if he is forced to move back to Italy? Let us know what you think in the comments below!