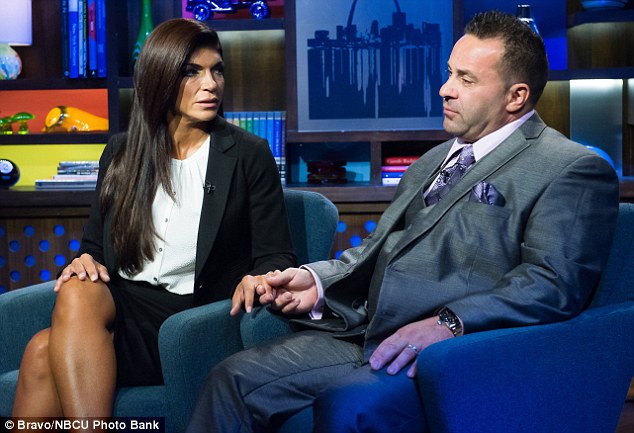 A Teresa Giudice source blabbed that Teresa has already met with several lawyers since her sentencing on fraud charges seeking house arrest and trying to avoid her 15 month prison sentence. Both Real Housewives of New Jersey stars Teresa and her husband Joe Giudice had to face the music after being charged with several counts of fraud, leaving Teresa with a 15-month sentence, and husband Joe, with just under four years. Teresa believed all along that she’d win the sympathy of the female judge and would end up with house arrest. Between her attorney and family and friends boosting her spirits by being optimistic, and her own sense of being above the law, Teresa assumed all along that she’d only be sentenced with house arrest and would not have to spend a day in prison.

She was wrong and now she is fighting mad, willing to do anything to get her sentence overturned before it is too late and she is forced to move from her mansion to her new, much smaller, digs. Teresa Giudice is really scared about going to prison, and she feels like time is running out. Teresa was ordered to serve her time first, allowing her husband to stay with their children. Joe will begin his sentence once Teresa is released, though whether or not he will be deported after serving his time is still unknown.

Teresa Giudice was hoping her darling husband Joe Giudice would have to serve his time first in order to buy her more time to try to find a way out of her sentencing.  Teresa is finding, however, that she is facing an uphill, futile battle as a source told Radar Online, “Several lawyers that have met with Teresa have conveyed to her that under terms of the plea deal she signed, any appeal would automatically be rejected.”  Despite being told otherwise, Teresa still has high hopes that she can get herself out of this and plans on filing new financial disclosure forms detailing her financial assets. Teresa is basing her efforts on the fact that Judge Ester Salas gave a glimmer of hope during the sentencing by stating that she did consider house arrest for Teresa. In the end, she sentenced Teresa to prison, and despite what Teresa’s hope are, she will not get her sentence overturned. Sorry, Teresa…You can’t buy your way out of this!