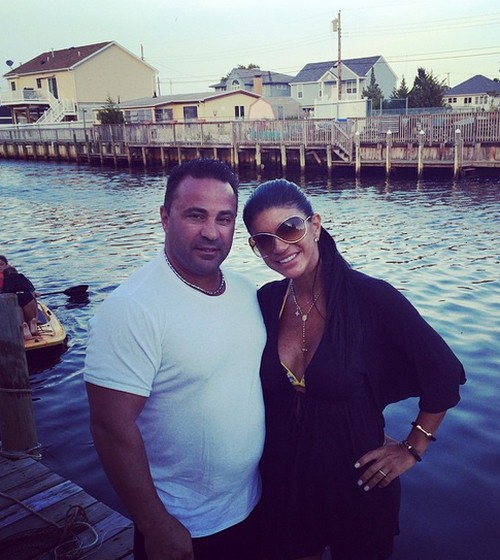 Judgement day has finally arrived for Teresa Giudice and Joe Giudice, with their sentencing hearing well under way and the judge not showing any inclinations of sympathy towards the reality stars. In fact, US District Court Judge Esther Salas has called out Joe and Teresa for repeatedly practicing a, “pattern of deception, dishonesty and concealment.” Will this judge go for jail, prison or house arrest?

Update 1: Joe Giudice of RHONJ got 53 months and supervised released for two years. Since Joe’s sentences will run concurrently he actually gets ‘only’ a 41 months prison sentence, two years supervised release, and has to pay $414,588 in restitution. This is above and beyond his other debts not discharged by the bankruptcy court. Teresa will not serve her sentence while Joe is in prison according to judge Salas so she can take care of the kids. We are waiting for Teresa’s actual sentence. The court is in recess – the judge is hungry.

Update 2: Well, the verdict is in and it is official. RHONJ star Teresa Giudice is going to prison!  After Teresa read a heart-felt letter and sobbed about how sorry she was, the judge sentenced Teresa Giudice to fifteen months in prison.  Although, there was some leniency, and the judge agreed to stagger Teresa and husband Joe’s prison time, so that they can take turns babysitting their kids while the other is in jail.

Even though Teresa and Joe should have known better after getting convicted for FRAUD CHARGES, they ended up submitting their financial disclosure forms with several ‘glaring omissions’. In other words, Teresa Giudice and Joe Giudice are liars, and can’t stop lying – even when their future depends on it.

The judge found all of Teresa’s and Joe’s actions to be ‘intentional‘, and said they were pretty transparent in their efforts to bypass the law. Well, they did get convicted for stealing money and trying to evade the US government so.. yeah, I’d say them lying about money is fairly in-character.

It also shows you how stupid Joe Giudice and Teresa Giudice are, if they thought they could get away with this. The federal investigators had already noted several high-priced items such as cars, vehicles, and ‘high-priced construction equipment’ in their audit, but Joe and Teresa decided not to list them. I don’t know how they thought the prosecutors wouldn’t notice, but the tomfoolery just keeps on coming. The judge pointed out that Teresa and Joe also failed to turn in their disclosure forms on time, which led to the legal proceedings getting postponed by several months. In that regard, I suppose they knew what they were doing, but Judge Salas was steaming angry about it.

So in summary, Joe Giudice and Teresa Giudice lied on their disclosure forms and pissed off the judge. Their sentencing also didn’t get off to a great start, with the judge pointing out that the sentencing guidelines for Joe were between 37 to 46 months, and for Teresa, 21 to 27 months – with NO probation. Plus, the couple has to pay $414,588 in restitution fees. Teresa Giudice’s probably taking a good hard look at the divorce option again, huh?