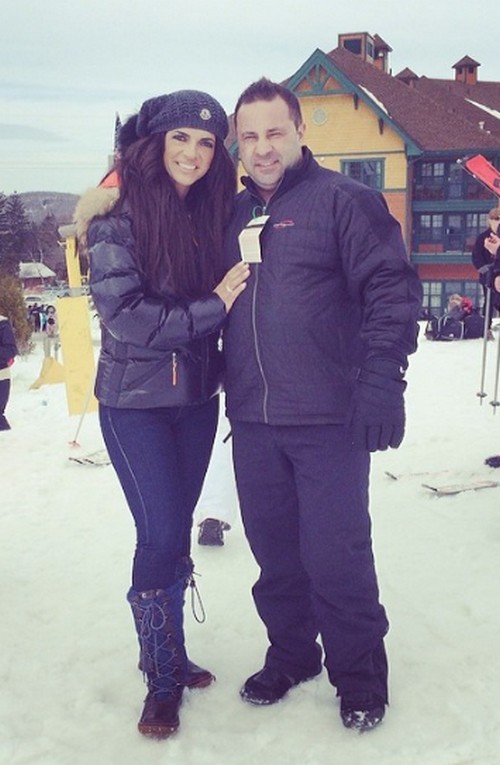 Teresa Giudice and husband Joe Giudice have four innocent children: daughters Gia, Gabriella, Milania, and Audriana whose lives are being destroyed by their criminal Real Housewives of New Jersey parents. Joe and Teresa Giudice loved living the high life, flaunting their money and over-the-top lifestyle, and irresponsibly spending money that didn’t belong to them as if they were simply playing a game of Monopoly.  This is no game, however, and the Giudices are about to find out just how real the situation is as they are set to face U.S. District Court Judge Esther Salas Thursday morning at 10AM, when they will receive their sentencing for bankruptcy, wire, and mail fraud. Both face significant jail time, with Joe likely to be deported after serving his sentence. Many, however, believe Teresa will get off much easier, possibly only sentenced to house arrest. Given the fact this is such a high profile case and many will be watching very carefully how the judge handles the case, there is a chance Judge Salas will require jail time for both Joe and Teresa. No more RHONJ for the felons, they won’t let Bravo film in jail much as they’d love to.

However the judge rules, there are more than two lives at stake here, there are six lives that will be distinctly and drastically affected. The Giudices have four children together. These poor kids have seen their parents lie, cheat, and steal in order to keep up with the Joneses, and now they may be faced with living for years without their parents, possibly never even seeing their father again once he’s deported. Teresa reportedly has shared she would not move to Italy to be with him if he is deported. Gia, Gabriella, Milania, and Audriana may be left to pick up the pieces from the mess their parents have made as a result of extreme greed.

The kids have already endured so much. Between their irresponsible, misguided parents and the Real Housewives of New Jersey lifestyle forced upon them that is completely void of morals, to the bullying and teasing they’ve had to endure at school and through social media, the kids are traumatized and have no one genuinely there for them. While their parents may be in the house with them, they haven’t been there for the kids emotionally, and the kids don’t want to burden their parents with their worries because of what they are already going through. All of the messages the kids receive from their parents, whether directly or indirectly, are having a significantly negative impact on them and will for years to come as their parents have destroyed any chance of normalcy for them  in addition to setting a reprehensible example of how parents of four young children should behave. Oldest daughter, Gia, 13, has taken the lead in caring for her younger sisters Gabriella, 11, Milania, nine, and Audriana, five. The kids are hopeful they will at least have their mother home with them, but the fear they now live in not knowing what will happen to them and how long they will be away from their parents, is almost too much for young children of this age to have to deal with. The saddest part is that the kids, Gia especially, know that their parents brought all of this on themselves.

Teresa has been more frank with Gia as she is the oldest, but all of the kids have overheard conversations and have seen what has been going on for quite some time now. The kids are smart and know a lot more than Teresa and Joe think they know.  After the hearing, however, Joe and Teresa will be forced to fill them in even more as their lives will all be affected and will be changed forever after sentences are handed down.

We’ll keep you posted, CDLers, but share your thoughts for now. Give us your prediction on sentencing. We want to hear from you!!

Update: Teresa and Joe both received lengthy prison sentences – to read all the details Click Here.