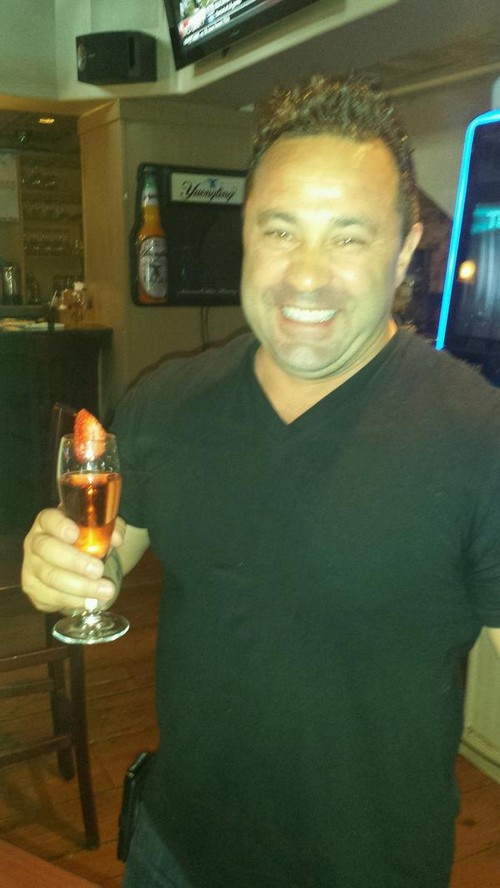 Teresa Giudice will not follow Juicy Joe to Italy after he is deported upon his release after his prison sentence – any site saying otherwise is simply wrong – Teresa is getting a divorce as soon as Joe goes to jail. Joe Giudice and Teresa Giudice are only a day away from being sentenced for their fraud charges, but reports are running wild about what the couple will face after their court ruling. Sources have confirmed that Joe Giudice is being prepared for a possible deportation to Italy after his sentencing, but the question is – will Teresa Giudice follow him there, not likely since she is getting a divorce!

Right now, lawyers are reportedly preparing Joe for the possibility of deportation, which might be better to him than a jail sentence but will leave Teresa between a rock and hard place. Sure, Teresa doesn’t necessarily have a career in the US, especially if she gets fired from The Real Housewives of New Jersey. However, that doesn’t mean that she’ll want to leave the city, given the opportunity for more reality shows and ‘business arrangements’ in her future.

But even barring that, our sources are telling us that Teresa wants to file for divorce from Joe the minute that he gets sentenced to prison. Can you blame her for feeling this way? Joe Giudice is, to put it lightly, a cheating scumbag. Joe broke the law, involved his wife in his illegal activities, and didn’t even think to protect his family from his actions. In addition to all that, Joe doesn’t even care about Teresa enough to hide his affairs from her. In fact, the only reason she’s staying with him is to put up a united front for their legal recourse, but after their sentencing, you can expect her to say adios. After everything that Joe has put her through, Teresa’s only course of action is to file for divorce, especially if the judges grant her leniency and she can somehow worm her way back into the spotlight by blaming everything on Joe. She won’t even be lying, because let’s be real – Teresa Giudice is not smart enough to commit such elaborate crimes on her own.