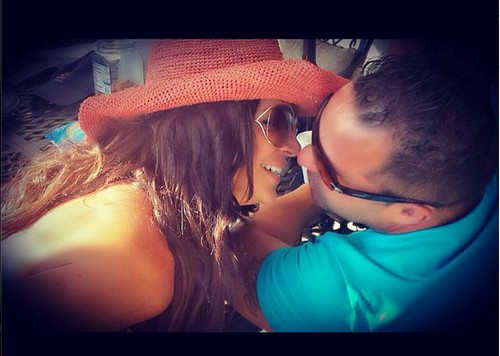 Teresa Giudice and Joe Giudice are being sentenced on October 2, which explains their furious attempts to round up as much money as possible over the past few weeks. We already know there’s no way Joe is escaping a prison sentence, and even the best case scenario for Teresa has her under house arrest. Now Radar informs us that although Terasa and Joe were hoping to get rid of the $13 million unpaid dept they acquired by spending money they didn’t have by declaring bankruptcy, a clever judge astutely turned them down on September 29! Tersesa and Joe’s bankruptcy discharge has been denied! The felons have to pay back all the money they owe. I guess it’s hard to pull off a bankruptcy scam when you are carrying $2000 purses and throwing huge expensive parties, right?

Both Teresa and Joe have already put up their hidden third house for sale, and now sources have revealed that Joe is trying to demand $30,000 to do ‘Real Housewives’ reunion shows. Basically, both Teresa and Joe are milking the fact that Teresa is still connected to the Real Housewives franchise, although that won’t last long. They don’t care what Bravo thinks because Bravo’s already severed ties to both of them and fired Teresa. In their minds, such as they are, they’re well within their rights to demand money for reunion shows and other aspects connected to their brand name.

Besides, there’s not many alternatives for Teresa and Joe to raise cash in the short amount of time they have left. They’re already breaking plenty of rules by putting up their third house for sale on such a short notice, considering that they managed to hide that house from a lot of people. They’re already well versed in illegal activities, but with so much legal scrutiny on them, there’s not much they can get away with anymore. Anyway, they didn’t fool the bankruptcy discharge judge, did they!

What do you guys think about Joe’s and Teresa’s attempts to raise some money before they get sentenced? Will they succeed? Let us know your thoughts in the comments below.