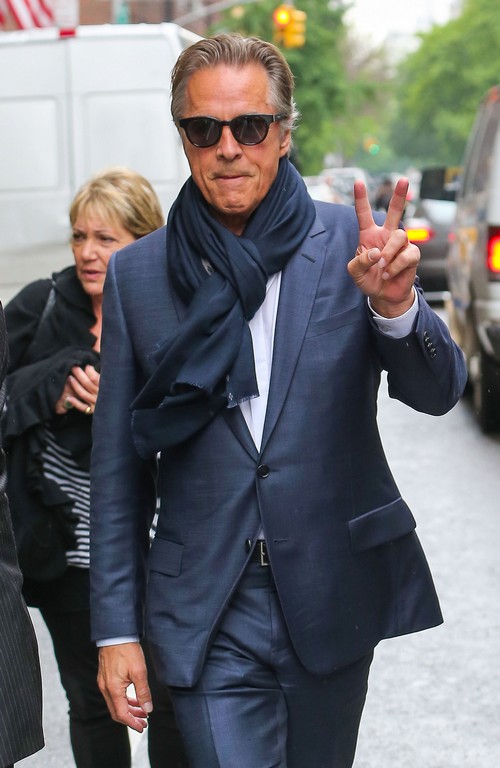 Melanie Griffith’s decision to pull the plug on her 18 year marriage to Antonio Banderas and file for divorce is causing those closest to her to worry about what will happen next. The actress has gone to rehab at least 3 times in the last several years and her serious addiction to both booze and pills has been well-documented. While she has pulled herself together in recent years her family is concerned that the devastating split will cause Melanie to tumble off the wagon and everyone is rushing in to help her.

According to the June 30th print edition of GLOBE Magazine Don Johnson was the first person to step up and offer Melanie a lifeline. The two were married twice and have a grown daughter named Dakota together and while Don is supposedly now happily married to Kelley Phleger that hasn’t stopped him from being there for Mel. The thing is that when Don and Melanie reconnect then the old sparks tend to fly. He still cares about her over all well-being and is invested in her quality of life, first and foremost because they share a child.

When Don and Melanie reconciled before it was because he had stepped in to help her through a bad breakup so this is kind of a pattern of behavior for these two and it’s one that should be making Kelley very uncomfortable. If Don is going to be around enough to help keep Melanie clean and sober then it’s pretty likely that other things will be going on too and truth be told, Dakota wouldn’t mind if her parents gave things another try. Do you think that Don will continue to compromise his marriage to Kelley in favor of helping Melanie through this rough patch? Does he belong back together with her or would they