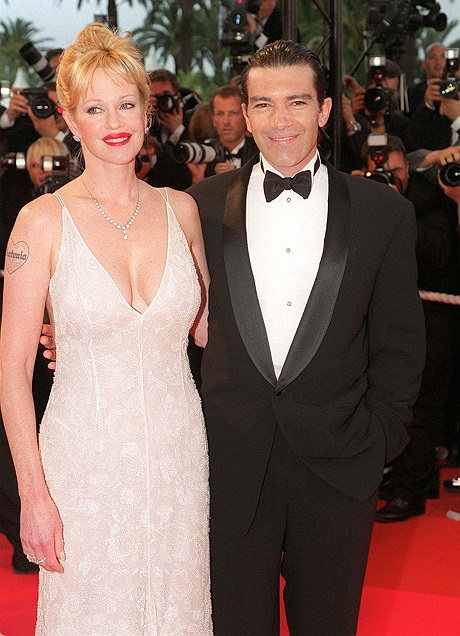 As more information gets out about the reasons for Antonio Banderas‘ and Melanie Griffith‘s divorce, we’re actually starting to wonder why it took them this long. From what all the reports are saying, Melanie and Antonio have been unofficially separated for a long time now, and the divorce was just making it official.

Apparently, Antonio has never been one for monogamy and even though he probably loved Melanie when he got married to her, he’s clearly never entertained the notion of staying faithful to her. First of all, Antonio’s been spotted with a bevy of single model types for a very long time, much before the divorce was announced.

He’s been spotted flirting, dancing, hugging, and cozying up to a plethora of beautiful women for the past two decades, and his marriage to Melanie barely seemed to come into the mix. In fact, Antonio was more often spotted with other women than he was with his own wife; so, really, is it any surprise that they got divorced?

Honestly, I feel bad for Melanie. She and Antonio got married a long time ago, and when they did, they were young and in love. But since then, Antonio’s probably been off having affairs with young models, and she’s resorted to going bonkers on plastic surgery in an effort to keep looking young – even though the efforts have backfired spectacularly, probably driving Antonio even further away in the process.

What do you guys think about Antonio and Melanie’s divorce? Were you surprised by it at all, or does the news of another Hollywood divorce not surprise you anymore? Let us know your thoughts in the comments below.