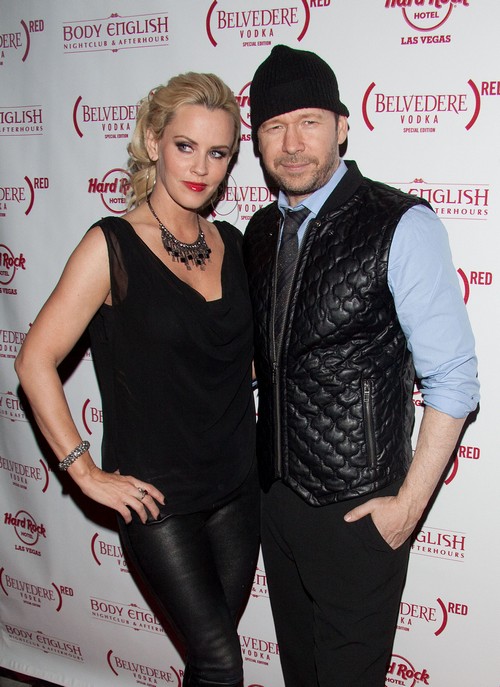 Jenny McCarthy is hardly the kind of woman that any man can control and Donnie Wahlberg is learning this first hand. The couple seems to be going through a rough patch and it is directly related to Jenny’s new found friendship with ex-boyfriend, Jim Carrey. If you remember back a few years Jenny and Jim had a relationship that spanned 5 years. They finally split up back in 2010 because she just couldn’t handle his depressive moods any more, Jenny went on to date several celebs for awhile before hooking up with Donnie last July.

She and Donnie seem to be a great match and their relationship has gotten super serious. Jenny was feeling comfortable enough to think that she can now befriend Jim since she is now happy in another relationship. According to RadarOnline the friendship is going a little too great. Jenny and Jim have gotten super close again and it’s a situation that is making Donnie more than a little nervous. He realizes that they have a bond that is hard to break and Jim was also there when Jenny went through a lot with her autistic son so there are a lot of things that still connect the former couple.

Jenny has downplayed the friendship and tried to reassure Donnie that she has no intention of rekindling things with Jim but Donnie isn’t a fool. He has been around the block before and knows how an innocent friendship can turn serious especially if a history already exists. The situation is testing Jenny and Donnie’s relationship. If she has to choose do you think that Jenny will stick with Donnie or will she instead decide that she belongs with Jim? Tell us your thoughts in the comments below!