Eddie Cibrian Overpayed Brandi Glanville $114K In Spousal Support – He Wants It Back! 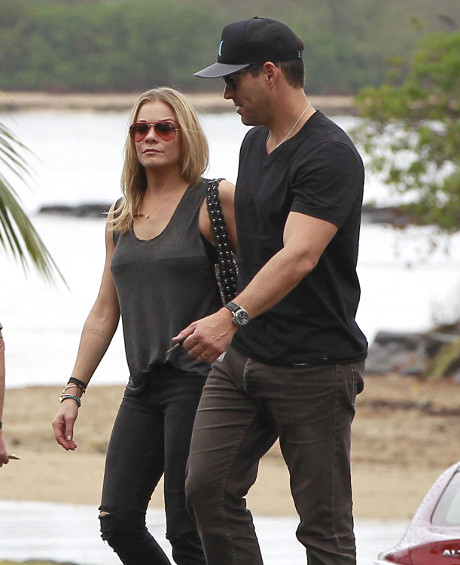 Usually the drama is between Brandi Glanville and LeAnn Rimes, but this time the banter of focus is between Eddie and his ex-wife! Perhaps to nobody’s surprise, it’s all about money. Apparently, Eddie overpaid Brandi $114K+ in spousal support and he’s going to fight tooth and nail to get it back — and make sure nobody believes the ridiculous claims Brandi’s currently spinning for the media.

Brandi recently tweeted, “Mr. fancy new cars&house man is asking ME for child support.” According to sources, this is completely untrue, as Eddie is not asking for child support or anything from her besides the money he overpaid her. People who conducted an audit confirm that this is true and say that child support has nothing to do with this particular financial matter.

TMZ reports: “The former couple is still sparring over money, and they hired a law firm to help figure out who owes what.  The attorney sent both Eddie and Brandi this letter which says after a full audit Eddie paid Brandi $114,738 too much in alimony.  Multiple sources connected with the audit confirm to TMZ … although the document merely refers to the overpayment as “support” … the overpayment is for SPOUSAL support, not child support.”

Who do you believe at the moment? It’s quite clear that the professionals on Eddie’s team have made an effort to be as transparent as possible. It seems as if Eddie just wants his money back. How did he overpay her though? Who knows. I’m about the farthest thing away from a lawyer at the moment so . . . I suppose we’ll just have to wonder who’s telling the truth? Do you side with Brandi or Eddie? Which facts do you believe?

Honestly, I think Brandi Glanville’s already over this little tizzy, as she’s going in overdrive on Twitter to promote her new book, Drinking & Dating: P.S. Social Media is Ruining Romance.

Singer LeAnn Rimes and husband Eddie Cibrian stop to chat with a friend while heading to lunch in Calabasas, California on February 20, 2014. Aftewards, LeAnn went to Beverly Hills for doctor’s appointment