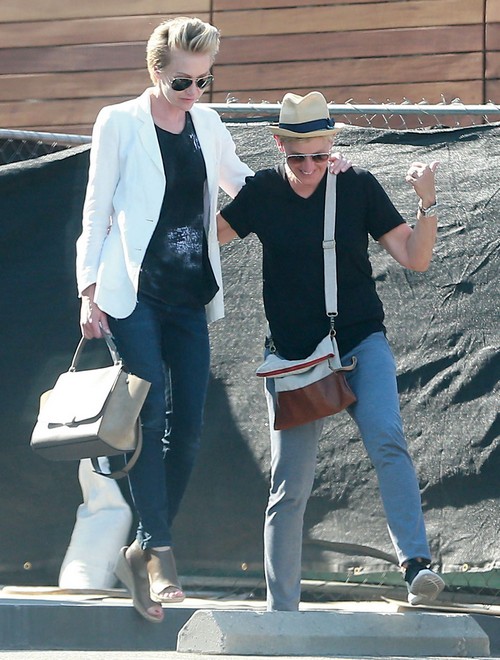 If you go back in time a decade or more, way before her marriage to Ellen DeGeneres which is plagued by divorce rumors, Portia de Rossi was starring on Ally McBeal and living a super fast lifestyle. Back then she was rumored to have an eating disorder and she drank like a fish. She was kind of a hot mess even by Hollywood’s standards and that included hooking up with tons of men. According to the Aug. 11th print edition of Star Magazine Portia would use booze to give her a shot of liquid confidence and then she would make a bee line for various men.

Sources say that Portia loves initiating sex after a few drinks and that she is down for absolutely anything in the sack – a detail that made her super popular with several men. Obviously somewhere along the way, Portia hooked up with Ellen DeGeneres and everything changed, kind of. She got herself sober for several years and seemed to be absolutely committed to her wife but in the last year these two have had a multitude of issues.

When Ellen and Portia married they agreed not to have children- a decision that Portia now regrets. Then there is the rumor that Ellen cheated with a mutual friend. That nugget was a catalyst for a fight that landed Portia back into rehab in May. There have also been questions about her loyalty because Portia’s pattern has been to drink and then be promiscuous. If she has felt ignored by Ellen then there is speculation about her turning to someone else while her wife has been wining and dining work associates.

There has been so much speculation about divorce for Ellen and Portia. Do you think that they are going to survive this rough patch of substance abuse and cheating to remain married on the other side? Tell us your thoughts on whether or not a divorce is in the cards, in the comments below!