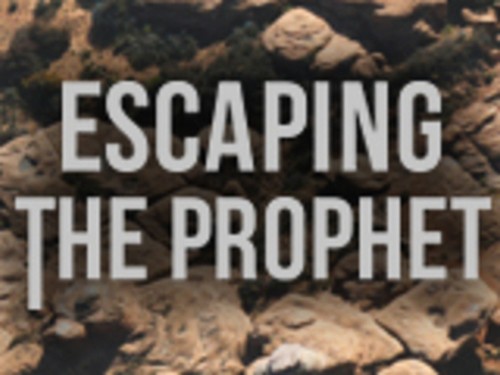 Tonight on TLC their new reality show ESCAPING THE PROPHET airs with a new episode called, “Exiled and Lost.”  On tonight’s episode Brandon looks for his sister when he thinks the FLDS is responsible for her recent disappearance; a man is in danger of sinking into a life of drugs unless Flora can find him.  Did you watch last week’s episode 2?  We did and we recapped it right here for you.

On last week’s episode Flora risked her life to help Ruth, a known FLDS whistleblower who had reported instances of abuse, even by her own father. Ruth was ready to leave, but worried for her estranged daughter. Can Flora convinced Ruth to escape before the FLDS’ threats escalate?

On tonight’s show Flora and Brandon track down Edwin, a struggling ex-FLDS “lost boy,” hoping to save him from a life of drugs and destruction. Brandon searches for his sister Brenda, concerned that the FLDS is behind her recent disappearance.

Tonight’s episode of Escaping The Prophet starts off with Flora and Brandon watching a video. It’s footage of the FLDS destroying ex-FLDS members’ property. One of her inside contacts gave her a hard-drive of a bunch of Warren Jeffs’ recordings. One of the audio recordings is of Warren Jeffs raping a twelve year old girl. Brandon breaks down because he too was raped by Warren Jeffs, and Warren said the same things to the twelve year old girl on the audio tape that he said to Brandon when he was a child.

Brandon and Flora meet up with Brandon’s Dad, Warren Jeffs’ brother, and another ex-FLDS member. Brandon’s Dad Ward says there is a boy named Edwin Barlow that needs their help.

Flora and Brandon head to a Mormon church to speak to the pastor about Edwin Barlow. According to the pastor, Edwin left the FLDS when he was younger, but he has made a lot of mistakes since then. He may need to go to rehab. The pastor gives Brandon and Flora Edwin’s phone number.

Flora enlists the help of her friend Richard, another ex-FLDS member. He too was lost when he left the FLDS, and he made some bad choices when he was first introduced to the outside world.

While Brandon and Flora are searching for Edwin, they receive a call about his sister Brenda, who has been missing. Brenda was exiled from the FLDS, and sent far away to repent, but Brandon’s Dad Ward is trying to find her. Flora is going to “put the word out” and see if someone can find her.

One of Brandon’s informants calls him and says he has information about his sister Brenda’s location. The informant says that his Mom spoke to Brenda two weeks ago, so she is alive, but he has no idea where they sent her.

Flora and Brandon are still trying to track down the “lost boy” Edwin Barlow. The phone number the pastor gave them isn’t working, but they got a tip that he hangs out in the mountains, so they are heading into the mountains with their friend Richard to search for him. They separate and begin searching for Edwin but they hear a gun-shot and Flora panics. She finds Brandon and Richard and make sure they are okay. Flora is discouraged and leaves the mountains. She is giving up on finding Edwin, but Brandon thinks that it is too early to give up. Flora breaks down in tears when Brandon yells at her, he thinks that Flora only wants to help the women, but the men are just as important. Flora storms off.

Flora heads back and makes amends with Brandon, she explains that she wants to help Edwin but she does think it is easier for men to leave the FLDS then for women.

Brandon’s Dad gives Brandon a possible address for Edwin Barlow at a trailer park. So, Brandon and Flora head to St. George. They meet one of Edwin’s neighbors and he reveals that Edwin has trashed his trailor and keeps bringing “wierdos” back to the park that rob the other trailers.

They track down Edwin, and he realizes that Flora and Brandon are his cousins. Edwin confesses to them that he is currently a drug user. Brandon and Flora give him a pep talk about “getting clean” and then they leave.

They pay him another visit and bring him some food to try to convince Edwin to go to rehab. Brandon really wants to help Edwin because his older brother died of a drug overdose, and he is scared Edwin is going down the same path.

They visit Edwin a few days later, and brings their friends Richard and Philip to talk to Edwin. Richard is going to set him up with a safe-house that will supply him with AA meetings and counseling. Edwin agrees to travel to the safe-house with Richard and give sobriety a shot.

The very next day Edwin failed to show up to rehab, but Flora and Brandon continue to help him out whenever they can and offer him counsel. Brandon’s sister Brenda still hasn’t reached out to him, his family has no idea where she is today.