Evan Rachel Wood Sued For $30 Million By 10 Things I Hate About You Producers – But They’re Lying Scumbags, Says Rep! 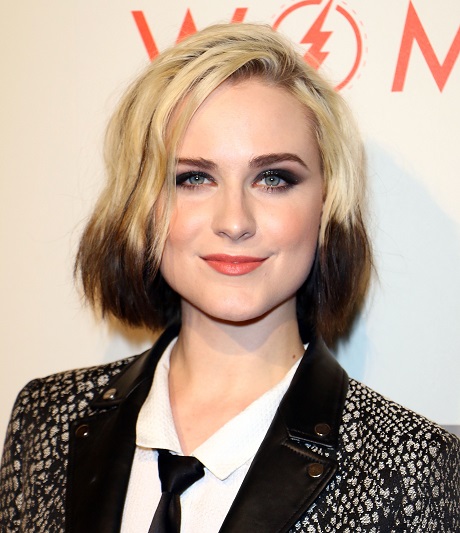 Evan Rachel Wood is famous for her classic beauty and her short-lived relationship with Marilyn Manson. Wood’s resume reads like Ulysses and although the young starlet has cemented herself in the film industry as a multi-faceted ingénue with extraordinary talent, she has never been labelled as a diva — up until now.

10 Things I Hate About You was one of the most popular romantic comedies of the 90s. Adapted from Shakespeare’s The Taming of The Shrew, the film launched the late Heath Ledger’s career and turned Julia Stiles into America’s stoic sweetheart. The film was released in 1999 to critical acclaim and immediately carved itself a spot in pop culture, mostly due to the catchy soundtrack (99 Red Balloons) and the schmaltzy final act.

Fast forward to 2014. We have a sequel. The aptly titled 10 Things I Hate About Life (99 Red Balloons!) is currently in the production phase, but it is marred with issues, weird publicity and a lawsuit filed in Hell.

Wood was paid $300,000 upfront for her lead role as Willow Stewart, but in January of 2013 the film went into a ten month production hiatus until November. Wood refused to return, so the producers sued her for $30 million.

A representative for the actress denied any wrongdoing on her part. “The lawsuit is preposterous and simply a bullying tactic from financially troubled producers. The production shut down in February 2013 when the producers ran out of money. Even after that, Evan agreed to resume production in Nov. 2013 by which time the producers said they would have cleared up their issues,” reads the statement.

“However, the producers still could not get their act together, nor did they pay Evan money that was owed. Repeated subsequent promises by the producers to resume production and pay Evan also turned out to be false. Enough is enough. The producers, not Evan, have breached contract.”

The producers on the other hand said that they were “well within [their] rights to shut down production.” They allegedly “pleaded” with the actress to return, but Wood refused. The ten-page complaint (ten things we hate about Evan) filed by the producers reads:

Basically a breach of contract in Hollywood will cost you two souls, clown tears, and a baby panda. Now let’s listen to 99 Red Balloons!