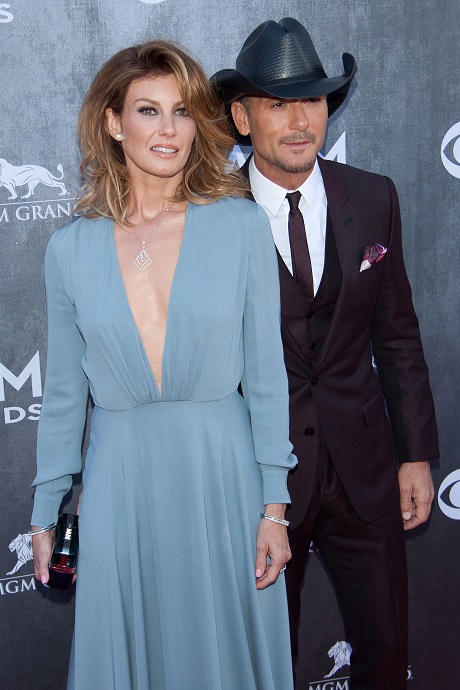 Tim McGraw and Faith Hill have been inseparable and devoted to each other during their Soul2Soul concert residency in Las Vegas, but after five months, is the routine getting to them? According to reports, Tim and Faith have been getting on each other’s nerves lately, and Tim feels that Faith has become far too controlling.

A source tells Star Magazine, “Faith has become so overbearing and controlling that Tim felt suffocated by her constant badgering. Faith has done everything she can to totally take over just about every aspect of Tim’s life.”

Apparently, she’s ‘isolated‘ Tim from his best friends, ‘alienated‘ all of Tim’s biggest fans, and taken control of their money, to the extent that she has first say in all of their business and financial decisions.

Hmm. Faith and Tim have been married for seventeen years, so it’s not like they’ve just moved in together and are just figuring the intricacies of marriage. They’ve had seventeen years to figure out whether they should share finances and how to live together without tearing each other’s hair apart.

However, Star also claims that Faith did all this in an effort to straighten Tim out, and prevent him boozing and cheating. Apparently, she thinks that not having access to an endless stream of money will prevent him from losing control next time he goes out, and honestly, maybe she’s right. If Tim really was cheating on her and partying too much, she has every right to try and prevent that, or at least attempt to stop him from throwing his life away. Plus, it’s not like she wouldn’t get all that money in a divorce settlement anyway, especially since he’s the alleged cheater.

Will there be a Faith Hill/Tim McGraw split soon?