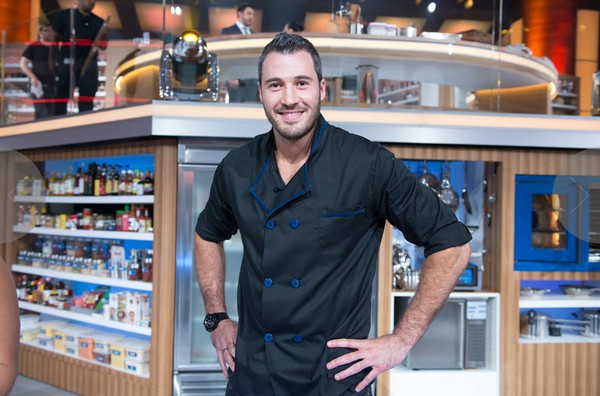 On the last episode it was the perfect recipe for the ultimate food battle when the best amateur cooks in America put their signature dishes to the test against five professional chefs in this high-stakes culinary game. A single, unemployed home chef tried to win up to $100,000 as she faced off one by one against five culinary pros, including acclaimed celebrity chef Cat Cora. Did you watch the last episode? If you missed it we have a full and detailed recap, right here for you.

On tonight’s episode It’s the perfect recipe for the ultimate food battle when the best amateur cooks in America put their signature dishes to the test against five professional chefs in this high-stakes culinary game. This week, a stay-at-home Mom tries to win $100,000 going up against culinary experts specializing in everything from barbeque to international cuisine before facing off against world-class chef G. Garvin. Adam Richman hosts this series that takes culinary sparring to an exciting new level.

Tonight on Food Fighters, a stay at home mom competes against culinary professionals including chef G. Garvin to win $100,00.

Tonight’s episode begins with Annie Smith, a mother of 2, who explains that she wants to win the money to help her daughter who suffers from a rare neurological disorder. She wants to win in order to buy a speech generating device which would help her daughter speak and say “I love you.” In order to do that she must beat 5 professional chefs the first which is chef Kent Rollins. Chef Rollins says he is the cowboy cook and can cook anything they through at him. Annie reviews her menu and decides to cook her raspberry soufflé which chef Rollins says he’s never made and has no idea what it is. 20 minutes go up on the clock and the chefs rush to their kitchens to start cooking. Chef Rollins resorts to making a soufflé the cowboy way while Annie sticks to her recipe which includes fresh raspberries, raspberry liquor and lemon zest. The clock runs out and the dishes go straight to the dinner party guests who taste the dishes in a blind taste test. They tally up their votes and the winner of the first challenge is Chef Rollins which chef says is a shock. Annie misses out on $5,000 but says it’s ok because she has four more to go.

Next Annie must face personal chef to the rich and famous, chef Manouschka Guerrier. Her list of celebrity clients include Selena Gomez, Barbara Streisand and Mel B. and she’s known for her fusion of flavors around the world. She says she’s good at thinking quick on her feet so Annie goes to her menu and picks chicken pot pie. Chef Manouschka says she’s never made chicken pot pie which gives Annie an advantage. Annie must make her family’s famous chicken pot pie, which usually takes her an hour, in 25 minutes. Chef Manouschka says her plan is to focus on the chicken while adding a bold spicy caribbean flavor. Annie and the pro chef both have trouble making the crust in the allotted amount of time. Time  winds down and the dinner party must choose between the traditional pot pie Annie made and the caribbean pot pie the pro chef made. In a 4 to 1 decision the dinner party chooses Annie which gives her $10,000.

Annie doesn’t have much time to celebrate because she meets her next opponent chef Sharone Hakman who has a world famous line of bbq sauce and is a host of a hit tv show in Asia. He says his style of cooking is mediterranean so Annie goes to her menu and chooses her chicken fettuccine alfredo. The time goes up on the clock and the pro chef and Annie both rush to their kitchens to make their dishes. Annnie uses arugula and hot peppers as her secret ingredients while chef Sharone goes withe the traditional ingredients. He runs into a problem when he cuts his chicken and sees that it’s not done. He has only 2 minutes to cook it and plate his dish. The clock runs out and both Annie and Chef Sharone finishes by the skin of their teeth. The plates go to the dinner guests and they judge the dishes.

With $15,000 on the line the judges hand down their decision. In a 3 to 2 decision the winner is Annie. Chef Sharone is shocked and Annie is super excited. She tells the audience she now has more than enough to buy her daughter the voice generating device she needs. The host tells her she has a chance to win $20,000 more but first she must beat pro chef Antonia Lafaso who is an international chef who cooks everything. Annie decides dig down to her Vietnamese roots and goes with her sweet and spicy shrimp. Annie make shed shrimp with coconut rice which chef Antonia makes hers with a bed of vegetables. The clock runs out and the dinner party begins judging the dishes. The dinner party speaks and the results are handed in with $20,000 on the line. In a 3 to 2 decision the winner is Annie. Annie is shocked and chef Antonia says she proved that home cooks can cook sometimes.

Annie is now $45,000 richer and has the chance to win $45,000 more if she defeats the final culinary superstar chef G. Garvin who has cooked for President Bill Clinton. Annie says she would use the money to go back to school and become a psychologist to help people over come grief when dealing with problems in life. Annie chooses to take on chef G. Garvin with her seared ahi-tuna. Annie sees how confident and arrogant chef Garvin is and she says she’s mad and he’s gonna go down. 20 minutes go on the clock and they rush to their kitchens. Chef Garvin adds a secret ingredient of mint and to add a down south twist to it. Annie sears her tuna early while chef Garvin waits to the last minute to sear his which could make a huge difference in the final dish. The clock winds down and both cooks finish in time. The dinner party tastes both dishes and makes the final decision. In the last fierce fishy food fight the judges vote in a 3 to 2 decision. The winner of the final food fight is Annie giving her another $45,000, making her total winnings $90,000. Annie is overjoyed and emotional that she can now buy her daughter a speech generating device but she gets one more surprise from the show. The host brings out a speech generating device and Annie is just speechless.