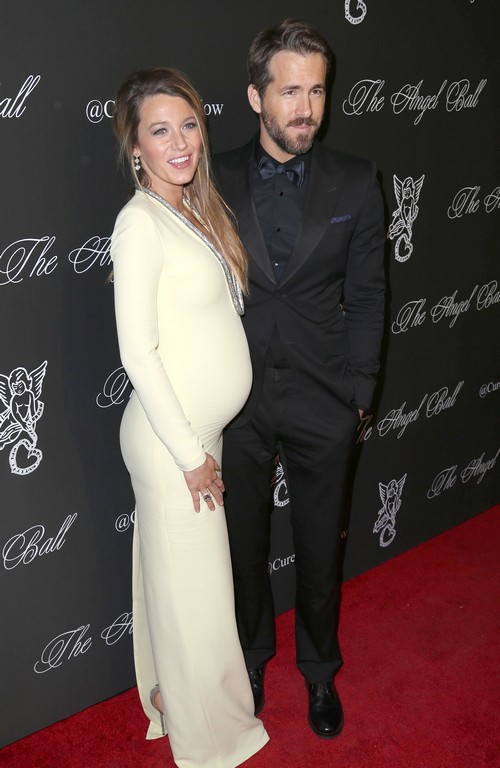 You have probably seen actor Ryan Reynolds in a number of movies. We offer 5 facts about Ryan Reynolds the husband of pregnant Blake Lively. From “Blade: Trinity” to “Green Lantern” and many others, Reynolds’ face and voice are quite recognizable. While you may know a lot about this talented actor, here are a few things you might not know.

1. Remember the television show “Buffy, the Vampire Slayer?” If you watched the show, you certainly remember the character Xander which was played by Nicholas Brendon. You probably don’t know that Ryan Reynolds was originally offered the role in the series. That certainly would have been interesting!

2. As far as his family and background, Reynolds is Canadian and is the youngest of four brothers. Of his three older brothers, two of them are police officers. Ryan’s father, Jim, was diagnosed with Parkinson’s Disease in 1995 and in 2008 Ryan ran the New York City Marathon in honor of his dad. Reynolds has never claimed to be a runner or follow a regular exercise regimen of running or jogging, but he ran the marathon for the Michael J. Fox Foundation and in honor of his dad.

3. Ryan has been associated with a number of famous leading ladies in real life. He dated actress Rachael Leigh Cook for about a year starting in 2001 and he was later engaged to singer Alanis Morissette. Reynolds and Morissette called it quits in 2006. Ryan went on to marry actress Scarlett Johansson in September 2008, but they were divorced in 2010. Reynolds later married actress Blake Lively in September 2012 and the couple call Bedford, New York home.

4. In 2004, Reynolds and then-fiancee Morissette were traveling in Indonesia when the tsunami hit that country. Reynolds and Morissette were not injured or in harm’s way since they were actually spending time on the opposite end of the island — away from the destruction.

5. Do you remember the movie “Just Friends” in which Reynolds played an overweight high school student who was in love with his best friend? Ryan wore a makeup face for the role that weighed in at 12 pounds. It took four hours to put on and changed his appearance enough to make him unrecognizable. As a matter of fact, when Reynolds stepped outside in full makeup, he pretended he wasn’t Ryan Reynolds when a fan approached.

No matter what your favorite movie featuring Ryan Reynolds, there’s no doubt this talented young actor is a favorite among the fans both for his sense of humor and his good looks. Whether he is playing a vampire hunter (“Blade: Trinity”), a mutant assassin (“XMen Origins: Wolverine”), or a husband and father who goes crazy (“Amityville Horror”), Ryan Reynolds is an actor who can’t be forgotten. Now you know a little more about him!