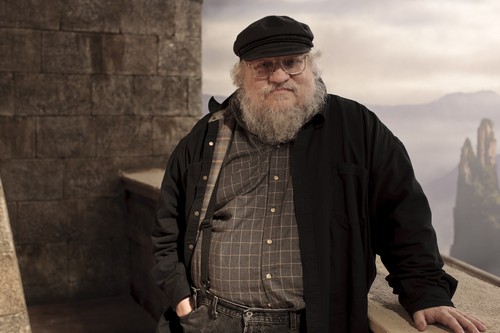 George R. R. Martin is angry that people keep talking about him dying, and in a recent interview, he’s said ‘f*** you‘ to all of those people.

On the one hand, it probably sucks for him that fans only care about him living to finish Game of Thrones. On the other hand, people live and breathe by this series, both in novel and television form. They’ve been waiting years and years for the books to release, including a five year wait for the latest book, A Dance With Dragons. So when they say they’re worried that George R. R. Martin won’t finish A Song of Ice and Fire [the series’ official name], they have a valid concern.

Unfortunately for them, George doesn’t agree. He recently told a Swiss newspaper, “I find that question pretty offensive, frankly, when people start speculating about my death and my health. So f**k you to those people.”

And his answer explaining his working methods creates absolutely no confidence that he’s going to finish the books anytime soon, so I’d say gear up for another five-year wait for The Winds of Winter, which is supposed to be the penultimate novel in the series.

He explains, “I’m 65 years old now; I’ve been writing professionally since 1971. I know my working methods. I don’t work when I travel, I don’t work in hotels, I don’t work on airplanes, I don’t work on trains. I work at home, when I have a nice, big uninterrupted block of time… I’m not going to change it now because some people are too impatient to wait for the next book.”

Basically, he’s saying screw you fans, stop pestering me to finish the book I initially promised I’d have for you a few years ago. I don’t think he realizes that when something becomes as popular as Game of Thrones, he has an unwritten obligation to those fans not to disappoint them. Did you ever see J.K. Rowling go on endless tours and write companion pieces and history books to Harry Potter before meeting her deadline for the next book? No, because she knew her responsibility to the fans of the books to finish the series. She knew she had to get those books out, and THEN do whatever she wanted. Unfortunately, George doesn’t seem to feel the same way.

Plus, if he doesn’t get to the ending soon, the TV show’s writers are going to beat him to it. They’re already spoiling major plot points that haven’t been touched upon in the books, and I don’t think they’ll stop and wait for George to play catch-up.