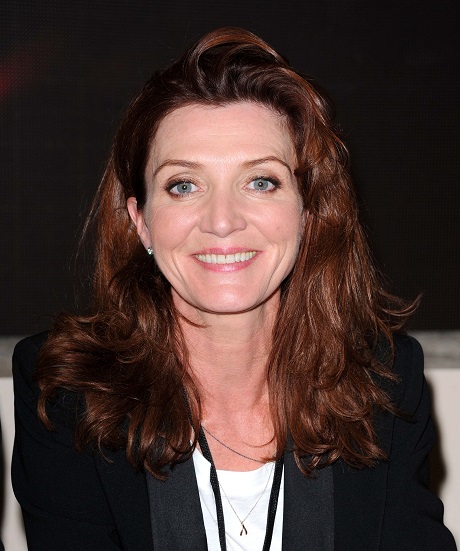 According to spoilers from Season 5 of Game of Thrones, we are supposed to be seeing Lady Stoneheart pretty soon. For those of you who haven’t read the books, Lady Stoneheart is the zombiefied Catelyn Stark [Michelle Fairley], brought back to life and hellbent on avenging the deaths of her family. She’s basically an unfeeling dead woman focused on one mission, and one mission only: to kill everyone who hurt her children. As such, many people expected to see her in the season finale of Season 4. I mean, how awesome would that have been, if Lady Stoneheart was the closing shot of the finale? (If you all are afraid of Game of Thrones spoilers, then you might want to run away now!)

But, alas, it was not meant to be. Clearly, the writers didn’t feel like her character was required in that finale, not with everything else that was going on. But everyone just assumed that we’d see Lady Stoneheart in the next season. I mean, they can’t leave such a big part of the books out of the show, right? RIGHT?

Uh, it turns out, they can, and they probably will. Michelle was recently interviewed by Entertainment Weekly, and when asked about her character resurfacing from the dead, she said, “The character’s dead. She’s dead.”

Michelle stated, “I knew the arc, and that was it. They can’t stick to the books 100 percent. It’s impossible— they only have 10 hours per season. They have got to keep it dramatic and exciting, and extraneous stuff along the way gets lost in order to maintain the quality of brilliant show.”

Extraneous? EXTRANEOUS? Lady Stoneheart is no way, shape or form, an ‘extraneous’ part of the books! In fact, her appearance was one of the most jaw-dropping shocking entrances of the entire series, and the show is just going to throw that away? And keep in mind, this is a show that lives and dies on its shock value, and they’re not going to use one of the biggest weapons in their arsenal?

I’m not going to lie; I’m a teeny bit shocked over this. Unless the writers and cast are all punking us with this [which is very possible], it’s extremely disappointing to hear this. It also invariably reveals spoilers about the unreleased Game of Thrones books, since there’s no way the writers would leave out Lady Stoneheart if she had a big part to play in the ending of the series. They already know the ending, thanks to George R. R. Martin, and if they’re calling Lady Stoneheart ‘extraneous’, maybe they’re right? Maybe she really doesn’t have any larger arc in the story. It’s still disappointing, but we can always hold out hope that they’ll change their mind.

Keep checking back here for your amazing GoT season 5 spoilers and previews!