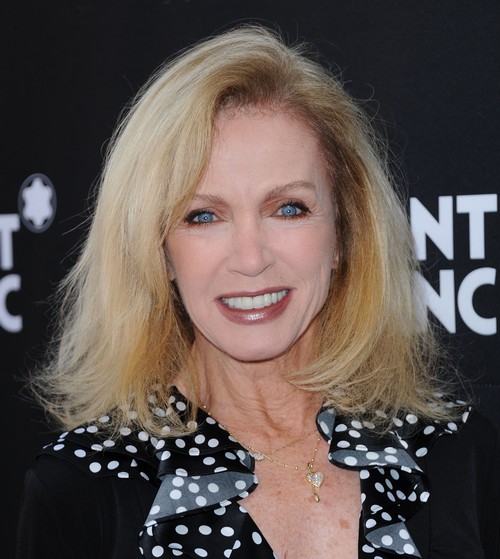 The claws are out on the set of General Hospital. Meow!  It seems the ladies Maura West (Ava Jerome), Jane Elliot (Tracy Quartermaine) and Nancy Lee Grahn (Alexis David) are not pleased that Knots Landing star Donna Mills is coming to Port Charles.  For all of you who use to watch Knots Landing Donna played troublemaker Abby Ewing.

Donna is set to air the end of February for February sweeps and rumor has it the vetern ladies on the set have their panties in a bunch.  They feel like they were the ones who helped General Hospital’s ratings rise and they feel that bringing on Donna Mills is like a slap in the face.  According to GLOBE Magazine (Feb 17 print edition), “Instead of the female stars getting thanked for the show’s continued success, the producers have hired a big name with Donna in what’s already a crowded field for story lines.”

The ladies are afraid that Donna will be a huge hit with the fans and that will mean that their jobs/air time will be in jeopardy.   They know that the TPTB (the powers that be) GH didn’t bring a star of Donna’s caliber on board not to give her a big storyline.  As a matter of fact rumor has it she is going to have an integral role.  However everyone is tight lipped and not saying much.

Although GH’s ratings have been rising, execs at ABC hope that Donna’s addition to the cast will increase ratings even more.  Since Donna is a household name they hope she will bring more viewers to GH.  If ABC is right it looks like Maura, Jane and Nancy are just going to deal with it.

Donna is delighted to be joining the cast and hoped she would be welcome.  But Donna has been around a long time and she is not going to let a little thing like jealousy get to her.  According to the magazine, “She’s just keeping a smile on her face and avoiding stepping on minefields with Jane, Nancy and Maura.”

So CDLers who do you think Donna will be playing? A Cassadine, a Jerome, Silas’ mother-in-law or a totally unrelated character.  Thoughts?