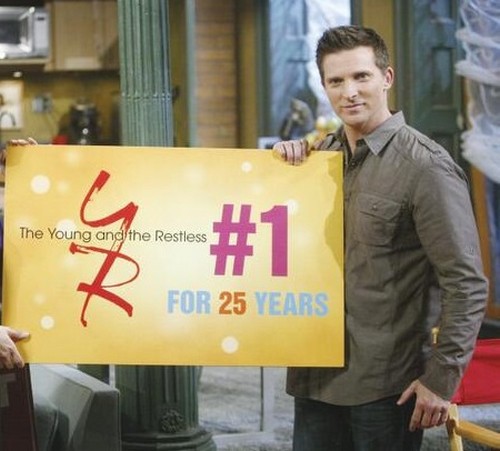 On a recent episode of General Hospital Victor Cassadine showed Robin Scorpio a picture of Jason Morgan and in that one moment, tons of Steve Burton fans got excited. He had portrayed Jason for two decades before following show runner Jill Farren Phelps to perceived greener pastures at The Young and the Restless. His contract was set to expire and GH fans hoped that his photo flashing onscreen meant a return to GH. Burton himself quickly squashed the notion saying that he had resigned with Y&R and was staying put.

As it turns out, hoping shows has given the actor a lot more freedom to have a life outside of work. Y&R usually is off on Monday which makes his long weekends at home in Nashville a whole lot easier. According to the March 17th print edition of ABC Soaps Burton loves being able to coach his kids baseball team. Not only is he able to participate in his family life more but he and his wife are expecting another child as well.

It sounds like Burton may be one of the few people that is thrilled with his job at Y&R but I guess that makes sense. Jill seems to take very good care of her favorites and Burton has proven to be one of those elite actors that she loves working with. I guess that just brings us back to the question of who will step into the role of Jason over on GH. It’s pretty obvious that he’ll be back on the canvas soon enough but who should be wearing his leather jacket this time around? Tell us your thoughts in the comments below!