BY Cate Meighan on February 10, 2014 | Comments: 14 comments
Related : All My Children, General Hospital, Soap Opera, Television, The Young and the Restless 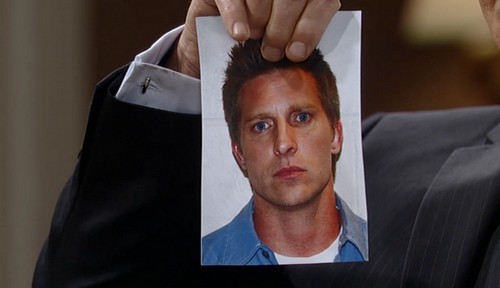 Just as quickly as General Hospital started showing the picture of Jason Morgan on camera again the actor who portrayed him, Steve Burton shot down any hopes that he would be returning to the show anytime soon. The timing had seemed a bit perfect since Burton had just wrapped up a one year deal with The Young and the Restless but he quickly clued fans into the fact that he has indeed signed on for another year. That means that GH has to now be kicking around possible replacements for the beloved actor and character and that leads me to contemplate who is up to the task of becoming the next Jason.

We have already talked in detail about the good possibility of Michael Muhney stepping into the role and how it’s almost a no-brainer for GH to go in that direction. Muhney could easily make the character his own and he would also bring a legion of fans along with him. But what if the powers that be opt to go with someone else, then who should it be. I can think of a few possibilities and then you guys can help me to fill in the list.

How about Cameron Mathison who played Ryan Lavery on All My Children for eons? He does a great job of playing a character with an edge that at root has a good heart and that pretty easily defines Jason. Then there’s always Brian Gaskill who you probably have seen somewhere before since in a span of 14 years he has popped up on 5 different soaps. He’s another actor that could easily handle the delicacies of Jason’s personality. One more actor that pops into my head is Jason Lewis. He portrayed Samantha’s guy on Sex and the City and seems to like to dabble in other genres of acting besides just prime time. Honestly, he might be my first pick because he has that kind of stand-off-ish thing that almost makes Jason appealing.

It’s your turn. Who should tackle the role of Jason Morgan next? Tell us your thoughts in the comments below!