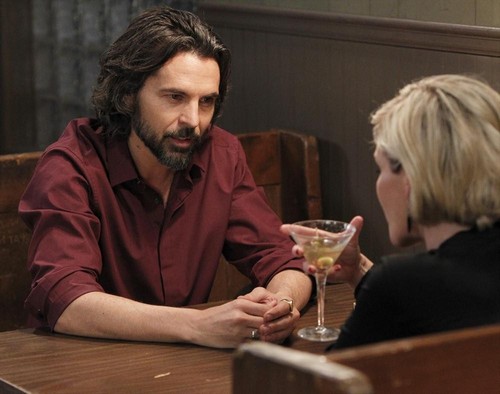 Tuesday February 25th is a big day for ABC’s soap opera General Hospital. Spoilers were released weeks ago that Ric Lansing (Rick Hearst) would be returning to Port Charles, and he will finally arrive tomorrow on GH. Ric Lansing, Sonny Corinthos’ rival and half-brother, left Port Charles in June of 2009, but promised he would be back one day. A lot of General Hospital fans believe that Ric’s sudden return to Port Charles tomorrow may be related to the secret kingpin that has been financially backing Julian Jerome’s company. Considering Sonny and Ric’s history, it would make perfect sense that Ric would support Sonny’s enemy Julian.

Also tomorrow on General Hospital, TJ finally has to face Julian Jerome and deal with the fall back of witnessing the shootout in the warehouse. Sonny warned TJ that he would be in danger with the Jerome family after he witnessed Max getting shot in the warehouse, but after TJ lied to the cops and claimed he didn’t see anything that night, he began to think he was in the clear with the Jeromes. Apparently Julian hasn’t forgotten that TJ was at the warehouse that night, because tomorrow he has a long chat with the young teen.

Ava will make an interesting move tomorrow and enlist the help of her brother Julian’s henchman Carlos. Apparently Ava wasn’t completely honest to AJ about the night that Connie was murdered, and she needs Carlos’s help to cover up the truth. ABC promised GH fans that the truth about Connie’s murder would be revealed this week, the fact that Ava is hiring Carlos to help her implies that she may actually be responsible for the death.

Check back here on CDL throughout the week for more General Hospital spoilers, and all the Port Charles gossip.