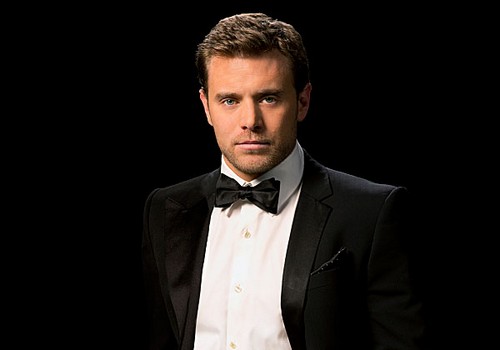 If you follow General Hospital spoilers online, then you have no doubt seen the rumors that Billy Miller has been cast as Jason Morgan on the iconic ABC soap opera. TV Digest’s soap insider Michael Logan created an uproar when he announced on Twitter that the Y&R alum’s trip to Port Charles was a “done deal.” However, according to the July 7th edition of Soap Opera Digest, that isn’t exactly the case.

Rumors have been circulating for months now that General Hospital was trying to land Billy Miller after his blow up with Jill Farren Phelps and The Young and the Restless exit. According to SOD, that is entirely true. However, Miller still hasn’t signed a contract and made it official; he is stalling. Time is winding down and rumor has it that Jason Morgan is scheduled to appear on GH in August. If he doesn’t make a decision soon, TPTB at General Hospital may have to cast a different actor.

If your heart was set on Miller playing the part of Jason Morgan, then there is hope. General Hospital may just be denying signing Miller for shock value. If you remember correctly, rumors were running wild that GH had snatched Michelle Stafford after she left Y&R. However, General Hospital denied the rumors, and snuck Stafford in and filmed her opening scene without telling a soul. Everyone was shocked when Stafford suddenly appeared on the soap opera. TPTB could be trying to pull off the same scheme with Billy Miller, which would explain why they are refusing to comment on casting him.

What do you think, GH fans? Are you hoping that when Jason Morgan returns to Port Charles it will be Billy Miller in the role? Do you think that TPTB at General Hospital are trying to reenact the shocking Michelle Stafford introduction with Miller, and that is why they will not confirm they signed him? Let us know what you think in the comment section below, and don’t forget to check CDL for all of your General Hospital spoilers.