BY Amanda Austin on May 1, 2014 | Comments: 11 comments
Related : General Hospital, Soap Opera, Spoiler, Television, The Young and the Restless 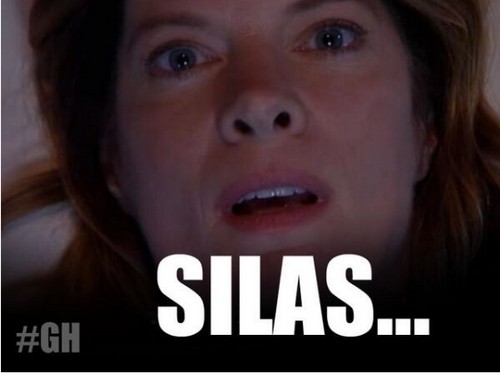 General Hospital fans were promised some shocking revelations during the month of May courtesy of May Sweeps. But, no GH fan was fully prepared for the crazy scene that was delivered today on the daytime soap opera. Not only is Silas Clay’s wife Nina very much alive, she just woke up out of her decades long coma. And, there’s more! CDL predicted months ago that the part of Nina Clay would be played by Y&R alum Michelle Stafford, and it turns out we were correct, as usual!

Michelle Stafford played the part of Phyllis Summers on The Young and the Restless for nearly ten years. In 2013 she announced she would be leaving the CBS soap opera, and rumors emerged that her decision was fueled by disagreements with producer Jill Farren Phelps, the woman who fired Michael Muhney, the angel of death to soap operas. The Y&R writing team quickly wrote out Stafford’s character by placing her in a coma after a fight with Sharon Newman and a fall down a flight of stairs. Michelle Stafford went into a coma on The Young and the Restless and awoke from her coma on General Hospital!

Today on General Hospital Madeline revealed to her nephew/son Detective Nathan West that his sister Nina was very much alive and still in a coma. At the end of today’s episode GH fans finally caught a glimpse of the formerly comatose character and were shocked to see it was none other than Michelle Stafford. Stafford’s character Nina awoke from her coma and called out for her husband Silas (who is currently in a relationship with Sam Morgan, and believes his wife dead).

Stafford’s trip to Port Charles just cements what soap fans have been speculating for months, Y&R producer Jill Farren Phelps is driving away all of her stars and key players, and General Hospital is welcoming them with open arms. Rumors have been swirling for months that recent Jill Farren Phelps casualties Billy Miller or Michael Muhney may be heading to General Hospital to play the role of Jason Morgan, who is due home at any moment now. The fact that the rumors about Stafford’s role on General Hospital turned out to be true, gives Miller and Muhney fans hope that one of them may be arriving in Port Charles as well.

What do you think about Michelle Stafford’s new role on General Hospital? Are you happy to see her on the soap opera, or were you hoping she would iron out her differences and return to The Young and the Restless. Is the fact that Stafford is now appearing on General Hospital given you the incentive to start watching the series? Let us know what you think about the shocking developments on GH in the comment section below and don’t forget to check CDL for more General Hospital spoilers tomorrow!